August 6, 2017 Comments Off on Court awards N17m against Coca Cola over wrongful termination of appointment 1,424 Views

The Director General of Consumers Protection Council (CPC) Mr. Babatunde Irukera, has secured a N17 million judgment against Coca-Cola International Company at the Supreme Court for wrongfully terminating the employment of a Nigerian, Mrs. Titilayo Akisanya. 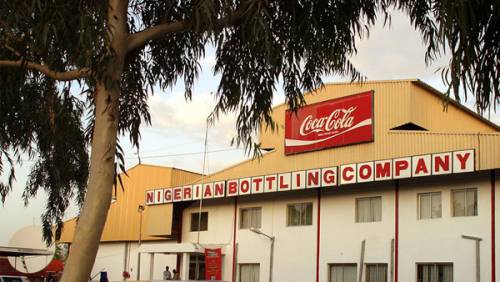 In the judgment delivered on June 30, 2017, the Supreme Court affirmed the decision of the Court of Appeal to the effect that the Court of Appeal is the final arbiter in employment, trade and labour related matters adjudicated upon by the National Industrial Court (NIC). Again, the Supreme Court, in interpreting Section 254(C)(1) of the Third Alteration Act to the 1999 Constitution (as amended) also held that the jurisdiction of the National Industrial Court extends to all employment-related disputes including private employment contracts.

Mr. Irukera took up the case of Mrs. Akisanya on February 10, 2012 when he filed a civil action before the National Industrial Court, Lagos therein challenging her wrongful dismissal by Coca-Cola Nigeria Ltd. Mr. Irukera was then a Partner in SimmonsCoopers Partners, a reputable law firm in Nigeria that had the incumbent Acting President, Pro. Yemi Osinbajo (SAN), as its Principal Partner.

SimmonCoopers Partners is renowned for representing individuals, corporations and government in public interest litigation. The law firm successfully challenged Pfizer, an international pharmaceutical company over its testing of an antibiotic drug (Trovan) in Kano State, Nigeria, a situation that led to over 100 children developing meningitis. The firm also successfully represented about one million investors in a significant securities litigation arising from the First Bank of Nigeria Hybrid Offer of 2007.

In the claim she filed before the National Industrial Court, she claimed that she received several awards and commendations for her industry and significant contributions to the growth of the company in the course of her duties.

Things however turned sour when, in the course of her duties, she incurred some travel costs and expenses which she submitted for reimbursement.  The travel expenses were however not paid to her despite repeated demands. Rather than paying her, Mrs. Akisanya was directed to forward the original copies of the expenses to the corporate auditors of the company. She complied. She was later invited to a meeting with the internal auditors of Coca Cola.

At the meeting, she answered the questions posed to her by the auditors and even promised to send a detailed report to them. She promptly submitted her written report to the audit panel. The panel advised her to wait for their report which they would send to the ethics and compliance (ECC). She did not get a response from the ECC, neither was she shown the final report of the audit panel.

The next move she got from the company was a letter dismissing her from the employment of the company. The later was dated December 6, 2010. The letter was signed by Mr. Sheriff Tobala on behalf of the company. She was accused of violating the company’s code of business conduct by submitting non-business related expenses for reimbursement and disclosing company’s confidential information to a third party.

Dissatisfied with her wrongful dismissal, Mrs. Akisanya commenced a legal action against the company before the National Industrial Court (NIC) on February 10, 2012. In the suit filed before Hon. Justice B.B Kanyip, Mrs. Adesanya sought for declarative and injunctive reliefs nullifying her dismissal. She also claimed forN100 million general damages, and N50 million as exemplary damages.

Sued as Defendants in the suit are the local company – Coca-Cola Nigeria Ltd, the Coca-Cola Company (the foreign company) and Mr. Tobala who signed the letter of dismissal.

Essentially, the Learned Silk invites the National Industrial Court (NIC) to determine whether its jurisdiction, as contained in section 254(c)(1) of the Constitution of the Federal Republic of Nigeria, 1999 (Third Alteration) Act No 3 of 2010 extends to all cases of private individual contractual employment or is limited to disputes arising from collective agreements, labour, trade and industrial relations.

On April 7, 2016, Hon. Justice Kanyip dismissed the defendants’ preliminary objection on the basis that the question formulated by the defendants did not raise any substantial question of law to warrant the case stated. The trial judge held that the jurisdiction of the NIC extends to all employment contracts including private employment contracts. Dissatisfied with the ruling of the trial judge dismissing the preliminary objection, the Defendants appealed to the Court of Appeal, Lagos. Whilst the Appellants’ appeal was pending at the Court of Appeal, the trial judge proceeded to determine the case on the merit. In his judgment, the trial judge granted about N17.4 million as damages/compensation to Mrs. Akisanya (the claimant) for wrongful termination of her employment contract by the Defendants. The damages/compensation was to be paid by the defendants within 30 days of judgment delivery failing which the sum shall attract interest at 10 per cent (10%), per annum until fully paid.

Interestingly, whilst trial was ongoing at the NIC, the Court of Appeal had determined the Defendants’ interlocutory appeal challenging the ruling of the trial court on the preliminary objection. On July 4, 2013, the Court of Appeal unanimously affirmed the decision of the trial judge to the effect that the National Industrial Court has jurisdiction over all employment contracts including private employment contracts.

With respect to the substantive appeal, Mr. Irukera argued that a literal interpretation of the Section 245(c) of the Constitution does not, in any way, oust the jurisdiction of the National Industrial Court with respect to private employment contracts. In fact, citing relevant provision of the Trade Disputes Act, LFN, 2004 and the Employees’ Compensation Act, 2010, Mr. Irukera argued that the jurisdiction conferred on the National Industrial Court applies to all employment disputes.

The Learned Silk for the Appellants, Mr. Candide-Johnson, in response to Mr. Irukera’s position, argued that the jurisdiction of the apex court is not ousted in this particular suit. He argued that the issue in this appeal falls within Section 233(2) of the constitution and the sui generis nature of the constitutional responsibility of this court must be taken into consideration. The Learned Silk argued that the court has a duty to step-in in this particular case to interpret Section 254(c) of the 1999 Constitution as the suit has raised a very serious and novel question. He argued that Section 243 of the 1999 Constitution should not be invoked to deny the Supreme Court of its role and responsibility in constitutional interpretation.

Hon. Justice Eko said: “In this instant case, the question to ask and answer is whether the enactment of Section 243(4) of the 1999 Constitution by the National Assembly, in its power of amendment, through Section 5 of the Act No 3, 2010 is valid. In other words, how far has the National Assembly, in the enactment of Section 243(4) of the Constitution through the Third Alteration in 2010, eroded the basic structure of the 1999 Constitution?”

The apex Court traced the history of Section 243(4) of the Constitution and concluded that the intendment of the drafters of the constitution is to make the Court of Appeal a final appellate court over matters that relate to labour and employment matters. He Justice held that: “It is clear from their unambiguous language that the legislature intends that the matters of elections to the National Assembly, and States Houses of Assembly, like the matters the National Industrial Court has been specially vested jurisdiction over should, as a matter of public policy, be expeditiously disposed of and therefore should not be matters of further appeal to the Supreme Court. The presumption is that the parliament knows the state of affairs existing at the time of legislation and that the parliamentary policy or attention is directed towards that state of affairs”.

Justice Eko further held that: “The judex neither make laws nor does it possess any power to amend any statute”, he held, adding that “it is not the function of the court, in its interpretative jurisdiction, to interpret a particular provision of the statute or constitution by addition or importation thereto words not contained therein”. Since the parliament, in its power of amendment, knows the state of the law existing before and at the time it is amending the law; I want to believe that in enacting Section 243(4) of the constitution the law makers, in their wisdom knew very well, and indeed legislated, not to bother the Supreme Court with issues over master and servant relationships.”

The Supreme Court sustained Mrs. Akisanya’s preliminary objection and accordingly dismissed the Appeal filed by the Appellants (i.e. Coca-Cola Nigeria Ltd. and 2 others).

Interestingly, the Supreme Court also seized the opportunity to consider the substance of the appeal, that is, whether the jurisdiction of the National Industrial Court extends to private employment contracts. Hon. Justice Eko held that:

“Section 254(1) of the Constitution does not mince words that the scope of the jurisdiction it has vested in the National Industrial Court extends to the exclusion of any other court in civil cases and matters relating to or connected to any labour, employment,- the conditions service- of labour, employee, worker and matters incidental thereto or connected therewith… The preliminary objection succeeds. The appeal being incompetent is hereby struck out.  The Orders made by the lower court remain extant and inviolate. Costs at N500,000.00 shall be paid to the Respondent by the Appellants”.