The Global Environment Facility (GEF) Council has approved the Seventh Replenishment of the GEF Trust Fund (GEF-7) in the amount of $4.1 billion. This represents a slight drop from the $4.43 billion earmarked to GEF-6, and $4.34 billion to GEF-5. 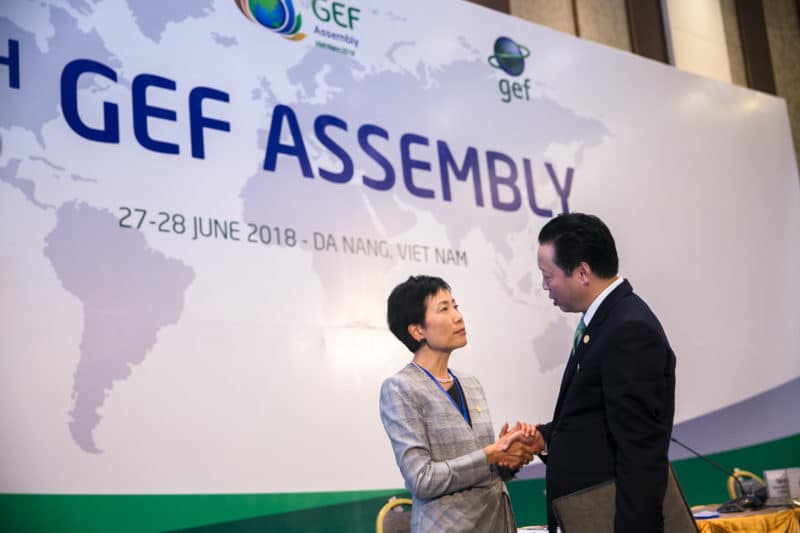 The approval formed one of the major fallouts from the 54th meeting of the GEF Council convened in Da Nang, Viet Nam, from June 24 to 26, 2018. The three-day meeting brought together over 500 representatives of governments, international organisations and civil society organisations (CSOs).

The meeting also adopted several decisions, some of which are on:

Following the Council meeting, the sixth meeting of the GEF Assembly was held on Wednesday and Thursday June 27 to 28 2018, with the Assembly taking note of the Report on the GEF-7 Replenishment; Sixth Overall Performance Study of the GEF; and Report of the Scientific and Technical Advisory Panel. During the two days, over 1,100 participants met in parallel roundtable sessions to discuss how to accelerate action on issues such as, amongst others: food, land-use and restoration; sustainable cities; blue economy; partnerships for implementing the 2030 Agenda; science-based targets for the Earth; circular economy; and marine plastics.

In her comments on the GEF-7 replenishment, Naoko Ishii, GEF CEO and Chairperson, characterised the replenishment as being the “best possible outcome of long and difficult negotiations,” and stressed that the resources allocated to the various focal areas must be maximised to yield the highest quality results over the next four years.

The GEF was created in 1991 to formulate financing responses to the mounting concern in the preceding decade over global environmental problems. The GEF operated in a pilot phase until mid-1994. Negotiations to restructure the organisation were concluded at a GEF participants’ meeting in Geneva in March 1994, where representatives of 73 countries agreed to adopt the GEF Instrument.

The GEF also serves as the financial mechanism for several multilateral environmental agreements (MEAs), including the:

Like Loading...
2018-07-01
admin
Previous: Shoprite to remove waste in communities in Nigeria, eight others
Next: Kano to demolish buildings erected on waterways