October 3, 2021 Comments Off on Could snus be the solution to Africa’s rising smoking rates? 146 Views

“Sweden has the lowest smoking rates and the lowest rate of smoking-related deaths in Europe. When are we going to learn from them?”

These were the sentiments echoed by Dr. Kgosi Letlape, head of the Africa Medical Association.

Dr. Letlape has hailed snus for its ability to help cut smoking rates across Scandinavia. He also expressed frustration at moves to ban Swedish snus and other reduced-risk nicotine products. Snus, said Letlape, is “probably the best thing that ever happened in the Scandinavian countries” when it came to reducing smoking and tobacco mortality.

Snus is a type of moist powdered tobacco, typically held in the mouth between the lips and gums.

Letlape’s remarks came during the GTNF 2021 conference in London, where Letlape was speaking on a panel about regulatory policy trends globally and locally. The Global Tobacco & Nicotine Forum (GTNF) is the world’s leading annual forum discussing the future of the tobacco and nicotine industries.

He went on to express his frustration at how the FCTC treated snus, which at the time of the convention’s creation was the primary non-combustible alternative available.

“All they could do with it was promote having it banned,” he said, despite nearly four decades of evidence of its positive effects on smoking rates and public health in Sweden.

Smoking is almost disappearing in Sweden and so too is their tobacco-related deaths. Why? Because Swedish smokers have replaced their cigarettes with oral products. Sweden, the only country in the EU where snus is not banned, has long had among the lowest smoking rates in the EU.  According to recent EU data, Sweden’s smoking rate has fallen to 6 percent, affirming Sweden’s status as the EU member state with the lowest smoking rate.

Furthermore, snus use is considered a major factor in explaining why men in Sweden have a significantly lower chance of dying from tobacco-related illnesses compared to men elsewhere in Europe.

According to Letlape, the way snus was handled in the creation of FCTC is “no different” than what low-risk nicotine products are facing now, including unfounded gateway theories and false claims that they are as dangerous as combustible cigarettes.

ALSO READ:  Covid-19: Why hydroxychloroquine trial was suspended – WHO

He faulted regulators for failing to fulfill their responsibility to properly educate themselves on the relative risks of new products and instead choose the easy path.

“The easiest thing to do is to ban the stuff because they don’t know what to do with it,” he said.

“Science-based public health is helping us to save lives in the fight against Covid-19, so why are Governments so hesitant to look at the science when it comes to tobacco harm reduction?” he added.

‘Regulation should be based on science and truth’

But rather than continuing to criticise the WHO for its shortcomings, Letlape took a more sympathetic tone, saying it’s “an organisation that needs help”.

He urged harm reduction advocates and other stakeholders to be proactive in helping the WHO recognise that the FCTC is an “inappropriate” tool for combating smoking and protecting public health as it was not meant to regulate new reduced-risk products.

Rather than talking about “tobacco control”, Letlape argued leaders in Africa and elsewhere should instead speak about “nicotine control”.

“It’s amazing that governments will not ban nicotine replacement therapy but want to ban other forms of delivering nicotine that avoid combustion,” he said.

He hoped that governments in Africa would “take their heads out of the sand” and engage in a dialogue about “risk-proportionate” regulations and accepting that the greatest risk comes from combustible tobacco products.

“Regulation should be based on science and truth,” Letlape concluded.

Sweden’s snus experience provides a useful conceptual demonstration of the potential benefits of a harm reduction approach that is integrated as part of an overall approach to prevent tobacco use and offer greater access to treatment for dependence.

Since a significant body of scientific evidence now clearly shows that the health risks associated with snus use are significantly lower than those associated with cigarette smoking, it’s time for Governments in Africa to leverage this alternative in the fight against smoking. 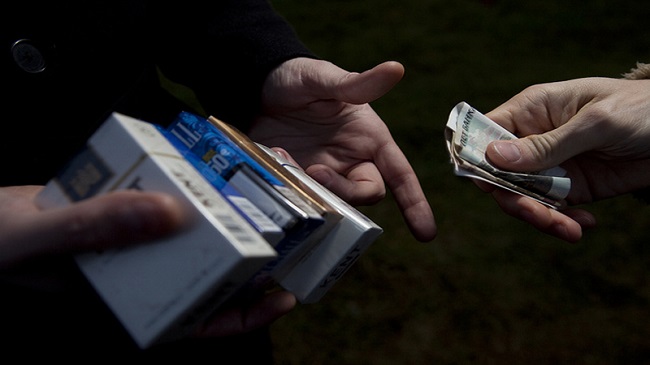 Nations that are home to the largest tobacco corporations need to contribute more if countries ...