Côte d’Ivoire has restated its commitment to ratifying the Minamata Convention to deal with the negative effects of mercury on health and the environment. Officials have also agreed to place a ban on the use of lead in paints in the country. 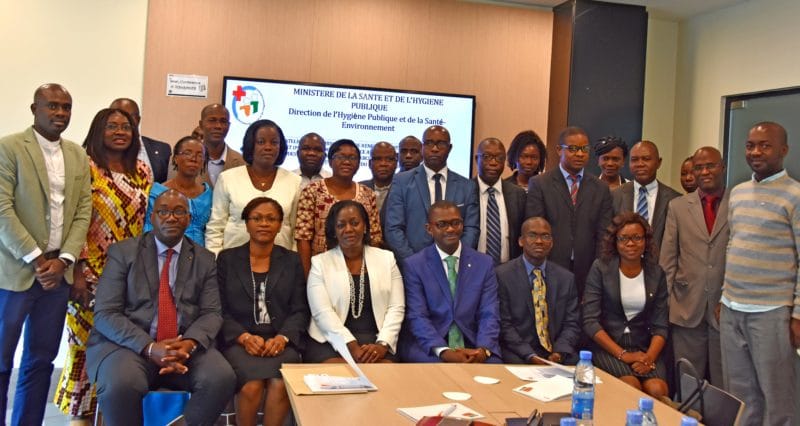 These resolutions formed the highpoint of submissions by a gathering of stakeholders on Monday, June 18, 2018 in Abidjan during a national workshop organised by the African Centre for Environmental Health in collaboration with the Ministry of Health & Public Hygiene, and the Ministry of Environment.

Apart from working on a regulation that will protect people from dental amalgam poisoning, the capacity building and knowledge exchange workshop was also aimed at reviewing the findings of previous consultations with stakeholders towards adopting advocacy instruments to support the Ivorian government in its planned ratification of the Minamata Convention.

“In order not to be on the sidelines on the initiatives implemented on the continent, we must accelerate the process of ratification of the Minamata Convention in order to benefit from the support available by the Global Environment Facility (GEF),” said Dominique Bally Kpokro, Chairman, African Centre for Environmental Health at the opening of the workshop.

To address the issue related to mercury poisoning, inventories conducted between 2014 and 2016 have shown that Côte d’Ivoire used nearly 13 tons of mercury in the gold mining sector. In addition, some products contain mercury, including mercury waste from measuring devices such as thermometers, barometers and tensiometers.

Kpokro, who is also Vice President, Africa for World Alliance for Mercury-Free Dentistry, pointed out that, “in some dental practices, concentrations of more than 5000 nanograms per cubic meter of air were found, which is five times more mercury than the norm allowed. In certain cosmetic and personal hygiene products, concentrations of 0.8 and 0.9 parts per million have been found in lightening creams, which are prohibited by Ivorian law.

“Mercury can lead to lung disease, respiratory disease or a decline in fertility and neurodegenerative diseases such as Alzheimer,” he said.

According to Dr. Eugenie Gangne, Director of Public Health and Environmental Health, pending the ratification of the Minamata Convention, Côte d’Ivoire relies on the contribution of non-governmental organisations (NGOs) towards building capacity on the use mercury and its derivatives.

“For some time, health professionals who use mercury have been informed of the harmful health aspects of mercury. So there is an organisation that is set up to sensitise these actors,” she said.

Dr Gustave Aboua, Director General of the Environment and Sustainable Development, said that Côte d’Ivoire would ratify the Minamata Convention by the end of 2018.

“The frank collaboration between ministries in the issue and the NGOs contributes to a plea for the government to permanently remove mercury from dental care. But the most important is also to present the alternatives,” Aboua stressed, even as he commended the contribution of civil society groups, including the African Centre for Environmental Health, in the fight against the harmful effects of mercury on health and the environment.

Exchanges and sharing of knowledge allowed the 38 participants to take full measure of the challenges of ratifying the Minamata Convention. Specialists in the dentistry sector made their contributions to advance the debate.

“The states that signed the Minimata Convention have actually found that there are real risks associated with the use of mercury. Unlike some countries such as Côte d’Ivoire, which do not have sufficient scientific means or even data or legal framework to control these risks, must opt ​​for prevention. And prevention is to sign the Minamata Convention,” pleaded Professor Koffi Yolande, Dean of the Training and Research Unit of Odonto-stomatology at the Felix Houphouet Boigny University in Abidjan.

At the close of the workshop, a draft decree on the protection of the population against heavy metal poisoning was validated by the participants.

Other key outcomes of the workshop were:

“We all worked to finalise and validate the draft decree eliminating amalgam use in children and women, mercury added products listed in Annex A part 1 of Minamata Convention and lead in paint.

“The draft decree that has been validated today allows, if it is adopted tomorrow, to ban mercury, dental amalgam in children under 15 years lactating women. This is a significant step forward for Côte d’Ivoire on the sidelines of the ratification of the Minamata Convention.

“Now, the lawyers from the Ministry of Health are putting the validated text according to the format the government wants to be written all the legal text to be signed by the President before its official submission by the Minister of Health,” said Kpokro.

The event was also graced by the Chief Dentist of the National Programme of Oral Health, representative of the Military Dentists, representatives of Dental Assistants, the Director of Toxicology Department of National Public Health Laboratory, BRS Convention Focal Points, dentists from teaching hospitals, public and private hospitals, environmentalists and chemists from public administration and universities, representatives from pharmaceutical laboratories, NGOs community, consumers groups, as well as media executives.

Like Loading...
2018-06-28
admin
Previous: AfDB, NIRSAL, IITA begin scheme to increase food production
Next: Jibril to GEF Assembly: How Nigeria is caring for the environment