March 29, 2021 Comments Off on COP26: Why Africa matters to climate change agenda, by Melbourne 513 Views

In November this year, the UK will host the biggest conference it has ever held, the UN Conference of the Parties on Climate Change, or COP26.

The COP26 Summit will bring parties together to accelerate action towards the goals of the Paris Agreement and the UN Framework Convention on Climate Change.

As we approach COP26, we will use the power of a fair and inclusive Presidency to bring governments, business and civil society together to drive action across key sectors of the economy to reduce emissions, adapt to the effects of climate change and build resilience.

The UK Presidency falls during the first significant test of the Paris Agreement, where countries are expected to reassess their national commitments, Nationally Determined Contributions, or NDCs, against the overall temperature goal of Paris. Specifically, this is to hold the increase in the global average temperature to well below 2 degrees above pre-industrial levels and pursuing efforts to limit temperature increase to 1.5 degrees Celsius above pre-industrial levels.

Africa matters to the climate change agenda both because it is particularly vulnerable climate change and because economic growth and population growth mean that GHG emissions are rising through land-use change, deforestation and energy usage of fossil fuels.

Nigeria especially matters as the largest economy in Africa, its high population growth and because of the political and economic influence it wields both regionally and internationally. Where Nigeria leads, others will take note and, more often than not, follow.

There were very good reasons why both the COP26 President Designate, Alok Sharma MP, and the COP26 International Champion for Adaptation and Resilience, Mrs Anne Marie-Trevelyan recently visited Nigeria, so early in our Presidency. I repeat Nigeria’s engagement matters on climate and environmental issues, as on so much else.

I am therefore delighted to see this workshop bringing together a wide array of actors, including crucially parliamentarians, to advance climate change ambition and action and to achieve the political buy-in necessary to support an enhanced Nationally Determined Contribution. I also understand that a robust legal framework is being developed to underpin your NDC, an all-encompassing Climate Change Bill. These would be significant national achievements indeed in the run-up to COP26 and provide inspiration to others.

The ground-breaking UK Climate Change Act of 2008 helped galvanise Climate Action in Britain – and I’m confident that Nigeria’s Bill could do the same here. Legislation and regulation that supports clean growth and jobs, that works for households, businesses and public finances, as well as ensuring that this is compatible with plans for a thriving and competitive economy. The UK’s Climate Change Act had wide cross-party support, which is important.

NDCs should be broad in scope, moving over time to economy-wide coverage with the addition of new, revised policies that take into account developments such as the falling cost of renewables. Nigeria’s Economic Sustainability Plan is a good foundation from which to build back better.

The benefits of tackling climate change are numerous and fundamentally in the interests of us all. This includes cleaner air, healthier communities, sustainable economic growth, energy security and a safer, more stable climate.

I commend the collaborative actions and leadership that Nigeria has already shown on climate and broader environmental issues by e.g. joining the Global Ocean Alliance, Commonwealth Clean Ocean Alliance and the UN Leaders Pledge for Nature.

Nigeria is also an active member of the COP26 Energy Transition Council and the Forest and Commodity Trade Dialogue (FACT).  Your National Action Plan for Gender and Climate Change is also a notable achievement. The UK is supporting its mainstreaming at both Federal and State levels. Implementation of course is key. The UK will also continue to support the revision of Nigeria’s NDC. 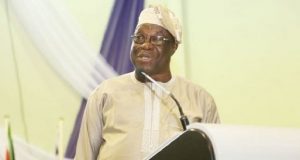 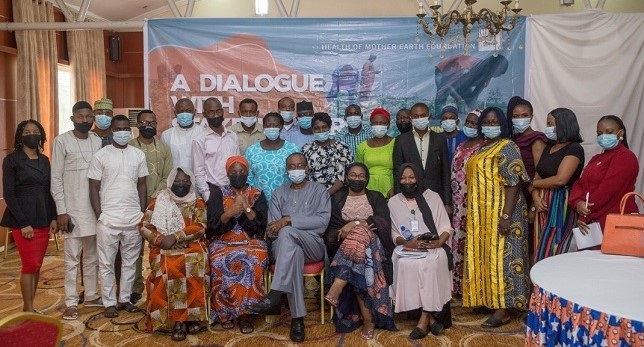 Nigeria and Africa at large are combating food system related issues such as malnutrition, environmental ...