The 2017 UN Climate Change Conference (COP23) opens in Bonn, Germany on Monday, November 6, 2017 with the aim of launching nations towards the next level of ambition needed to tackle global warming and put the world on a safer and more prosperous development path. 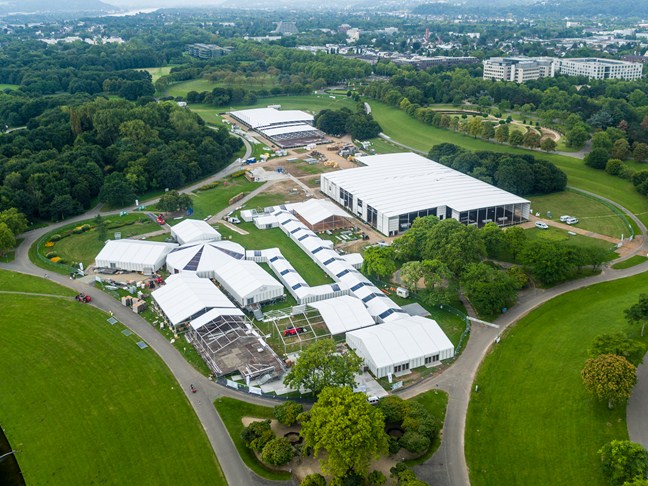 The Conference, coming just two years after the landmark adoption of the Paris Climate Change Agreement, will also further fuel momentum among cities, states, regions, territories, business and civil society in support of national climate action plans, the internationally-agreed temperature goal and the wider objectives of the 2030 Agenda for Sustainable Development.

Presided over by Frank Bainimarama, the Prime Minister of Fiji and the first small island developing state to hold this role, the conference comes against a backdrop of extreme weather events that have devastated the lives of millions of people in places like Asia, the Americas and the Caribbean.

“The human suffering caused by intensifying hurricanes, wildfires, droughts, floods and threats to food security caused by climate change means there is no time to waste,” said Mr Bainimarama, who takes over as President of the COP23 conference from Morocco during the opening.

“We must preserve the global consensus for decisive action enshrined in the Paris Agreement and aim for the most ambitious part of that target – to limit the global average temperature rise to 1.5 degrees above that of the pre-industrial age,” he said.

“Wherever we live, we are all vulnerable and need to act. Fiji is helping build a Grand Coalition for decisive, coordinated action by governments at every level, by civil society, the private sector and all citizens on earth. That’s why we installed an ocean-going Fijian “drua” canoe in the entrance here to remind everyone of the need to fill its sail with collective determination to make COP23 a success and confront the biggest challenge humanity has faced,” he said.

COP23 in Bonn will respond to that call with new progress and initiatives in the two critical and inter-linked areas of action:

Showcasing, fostering and launching new and expanding global climate action initiatives by all actors with a view towards better coordination that aligns efforts in more efficient, effective and transformative ways.

Patricia Espinosa, UN Climate Change Executive Secretary, said: “COP23 in Bonn will show to the world the two faces of climate change – firstly positive, resolute, inspiring momentum by so many governments and a growing array of cities and states to business, civil society leaders and UN agencies aligning to the Paris Agreement’s aims and goals”.

“Secondly, the reality check. The thermometer of risk is rising; the pulse of the planet is racing; people are hurting; the window of opportunity is closing and we must go Further and Faster Together to lift ambition and action to the next defining level,” she said.

The conference is itself a welcome mirror of international cooperation and coordination.

COP23 is organised by Bonn-based UN Climate Change, presided over by Fiji and organisationally and logistically supported by the Government of Germany, the region of North-Rhine-Westphalia and the City of Bonn.

Close to 20 country leaders are expected to attend, including President Emmanuel Macron of France and German Chancellor Angela Merkel.

Various transformative initiatives are anticipated including one from the UN on health and small islands; a platform to support engagement with Indigenous Peoples; a wide-ranging Gender Action Plan and the ramping up of a global risk transfer project that aims to deliver affordable insurance cover to an extra 400 million poor and vulnerable people.

The Paris Agreement is underpinned by national climate action plans known as Nationally Determined Contributions (NDCs) whose ambition needs to be collectively advanced over time to get on track to the Agreement’s temperature goal.

The Agreement’s goal is to keep the global temperature rise well below 2 degrees C and as close as possible to 1.5 degrees C.

Faster, immediate action is urgent because recorded pledges and efforts so far still have the world on track towards a 3C degree rise, maybe higher.

This risks the loss of the Greenland ice sheet, more sea level rise, significant damage to massive natural systems like the Amazon and the predictability of ocean circulation systems.

Currently temperatures have already risen by around one degree Celsius over pre-industrial times.

COP23 is structured according to the principle of one conference, two zones. The UN intergovernmental negotiations take place in Zone Bula, a Fijian word expressing warm welcome.

Countries in the negotiations plan to design and launch the Talanoa dialogue, named after the spirit of open exchange and constructive debate of Pacific island nations, to run during the course of 2018.

The dialogue will be underpinned by three fundamental questions – Where are we? Where do we want to go? How do we get there?

The dialogue will conclude at COP24 in Poland next year with the aim of setting the stage for a more ambitious response that better reflects the scientific state of climate change during the window 2019-2020.

Governments will also work on what can be called the Paris Agreement’s operating system – the detailed ways and means to assist all governments, supported by non-Party Stakeholders, better meet the goals of the Paris Agreement now and over the years and decades to come. The deadline for this is also scheduled for Poland in 2018.

The guidelines underpinning the operating system will need to ensure that the Agreement fosters transparency on action and support and that resilience-building and adaptation are boosted.

They also need to detail how governments will take stock of the evolving global situation and how mechanisms to facilitate implementation and promote compliance will operate.

COP23 negotiators will also be keen to move forward on other unfinished business under the Convention.

These include checking on the progress of the delivery of $100 billion of support for developing countries by 2020 and the bringing into force of the Doha Amendment of the first international emission reduction treaty, the Kyoto Protocol.

Meanwhile, just along the river Rhine the German government is organising Zone Bonn, where governments, cities, states, business and civil society will be announcing achievements post-Paris and new initiatives.

“I look forward to great new initiatives. The economic and the public health and well-being benefits of a clean, green world are now utterly compelling for governments, companies, investors and consumers alike. But I look forward also to new breakthroughs in coordinating global expertise and resources to achieve faster concrete results,” said Barbara Hendricks, Germany’s Minister for the Environment, Nature Conservation and Nuclear Safety.

Known as the Marrakech Partnership for Global Climate Action (GCA), this is a five-day programme of well over 100 events demonstrating how cities, regions, businesses and investors are working with governments and the UN system to implement the Paris Agreement.

The secretariat’s own Momentum for Change initiative, which aligns with the Global Action Agenda, is again recognising the winners of its annual  Award.

These also demonstrate the depth, breadth and creativity of global climate action happening around the world, from the biggest corporations to local, small-scale initiatives with major