The German government opened the UN Climate Change Conference (COP23) in Bonn by announcing an additional €100 million to support developing countries in climate change adaptation. The Federal Environment Ministry has pledged €50 million to the Adaptation Fund and the Federal Ministry for Economic Cooperation and Development is contributing another €50 million to the Least Developed Countries Fund which provides targeted support in climate change adaptation to the poorest countries. 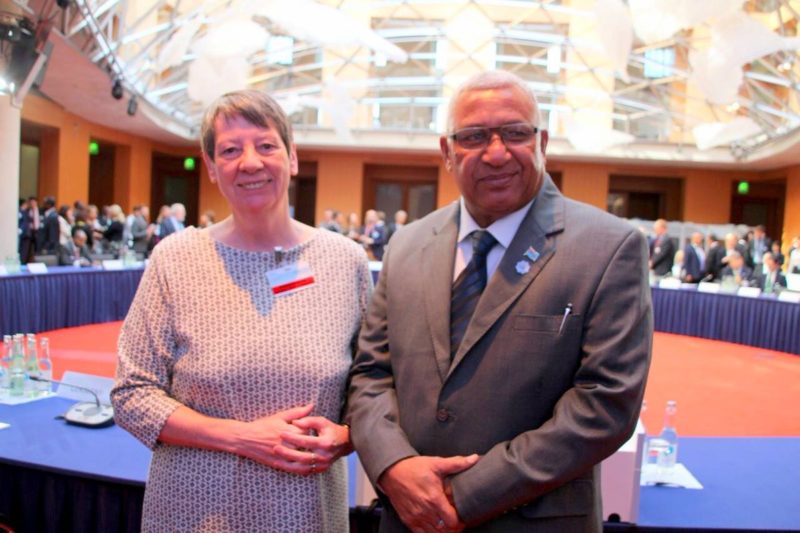 Federal Environment Minister Barbara Hendricks commented: “With this pledge of support we are sending a clear signal that Germany stands in solidarity with those people and countries particularly affected by climate change. I hope that this pledge will lend good momentum and inspire a constructive atmosphere for the negotiations. Having contributed a total of €240 million to date, Germany is now the largest donor to the Adaptation Fund. Our objective is to make the fund an integral part of the financial architecture of the Paris Agreement.”

Federal Development Minister Dr Gerd Müller stated: “Droughts, cyclones, floods – developing countries have contributed the least to the problem of climate change, but they are carrying the heaviest burden. Ongoing global warming is jeopardising development achievements and is becoming a matter of survival for these people. With this contribution we are providing targeted support for the poorest of the poor.”

Together with the 1.5 degree target, financial support and simplified access to multilateral adaptation finance instruments are the most important demands being made in negotiations by Fiji, the small island states and the least developed countries group (LDC).

The Adaptation Fund finances, among others, measures for coastal protection and switching to new cultivation methods in agriculture and is managed equally by donor and recipient countries. The fund has launched 67 projects in 63 countries to date with funding of approximately $450 million. It is financed by levies on projects on the international carbon market. Due to the low prices on the carbon market however, these revenues are considerably lower than expected. In spite of growing needs and recognised good work by the fund, it is underfinanced and relies on voluntary contributions such as those made by Germany. The 10th anniversary of the Adaptation Fund will be celebrated on November 16 in Bonn in the Old Town Hall.

The Least Developed Countries Fund (LDC Fund) finances measures for adaptation to climate change in the least developed countries which are particularly vulnerable to the impacts of climate change. The projects include adaptation measures in the areas of agriculture, development of climate information systems, coastal zone and disaster risk management, and health and cultivation of natural resources.

For instance, the rural population in Sierra Leone is being supported in its efforts to deal with climate risks such as floods. In Nepal, local authorities are being strengthened in order to adapt agricultural and forestry plans to climate change and its risks.

With a total contribution of 265 million euros, Germany is the largest donor. The fund has launched 195 projects in 49 countries to date with a funding of around $1.15 billion. Approximately two-thirds of the funding has been invested in projects in Africa and a further 30 percent in projects in the Asia-Pacific region.