The 23rd Session of the Conference of the Parties (COP23) to the United Nations Framework Convention on Climate Change (UNFCCC) in Bonn, Germany is the first UN Climate Change Conference to receive official certification for eco-friendly performance. 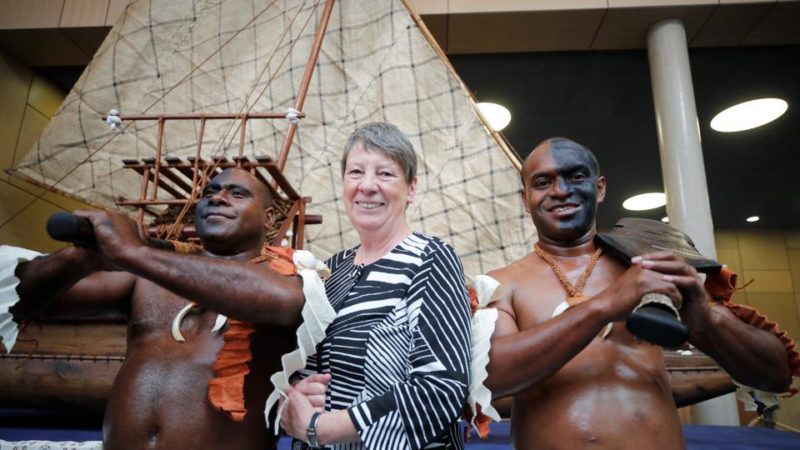 Event managers were already aiming for the consistent prevention of environmental burdens when planning began eleven months ago, and their work was documented in the environmental statement required under EMAS.

Hendricks said: “We have succeeded in making this Climate Change Conference environmentally friendly and sustainable. This is an important signal for a conference which is not just about negotiations, but also about taking action. It goes without saying that there is still room for improvement in certain areas – this COP only marks the start of the learning curve. I highly recommend using EMAS as the yardstick for future Climate Change Conferences.”

Sarmad said: “I want to thank the German government, the people of Bonn and my own staff for embracing wholeheartedly the UN climate conference 2017 and its ambition to be the greenest COP ever. We are fortunate indeed to be headquartered in a country that is working towards a determined transition to an environmentally-friendly and ever more sustainable future. That said, achieving the high EMAS certification approval was not a given.

“But here I think we have together raised the sustainability bar of UN conferences with some 28,800 people participating over the two weeks. I am sure many will look to what has been achieved, within the UN system and beyond, for inspiration on how all events and conferences can play their part in meeting the Paris Agreement and the Sustainable Development Goals.”

All goals and measures were documented in the environmental statement, then assessed on-site over several days by environmental verifiers and subsequently validated. Such measures included waste avoidance and strict waste separation, climate-friendly catering, excellent local public transport, climate-neutral shuttle services and environmentally sound and reusable materials also for the temporary structures. Energy supply and water consumption are also among the areas to be reviewed in the follow-up.

The role of the 650 volunteers who supported the conference and received training on COP23 environmental issues, should not be underestimated. They inform participants, for instance, about the numerous drinking fountains throughout the conference premises (almost 50) where participants can refill their COP23 reusable bottles they received on registering. The environmental verifier confirmed that this approach also worked well.

After the conference, data on consumption, collected data and the goals and measures of the original environmental statement will be evaluated and examined again by the environmental verifier. This will include a precise calculation of the unavoidable greenhouse gas emissions caused, for example, by the arrival and departure of the participants. These emissions will be offset with certified emission reduction (CERs) credits from particularly ambitious international climate action projects.

The IHK (The Chamber of Commerce and Industry) of Duisburg, which is responsible for Bonn, also handed over the registration certificate for the official EMAS database. COP23 will be added to the EMAS register, which now contains over 9,000 sites of companies and organisations committed to environmental protection.