Ministers from Africa’s Atlantic seaboard countries approved an amended text of the Abidjan Convention and three new protocols at the 12th Conference of Parties (COP12) to the Convention, held on 27-31 March in Abidjan, Cote d’ivoire, conditioning their approval on the incorporation into the drafts of comments made at the meeting. 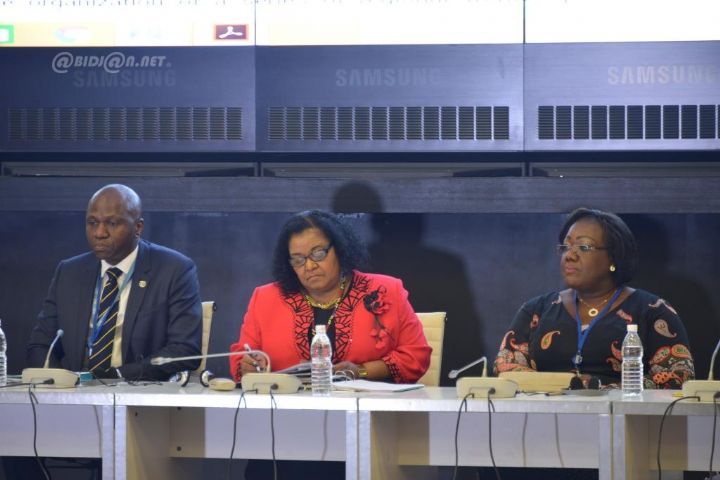 The ministers requested the Convention’s secretariat to organise a meeting of plenipotentiaries to adopt the amended convention and the protocols, which relate to integrated coastal zone management, sustainable management of mangroves and environmental norms and standards for the exploration and exploitation of oil and gas.

They also approved the Convention’s 2017–2020 work programme and expressed support for the process of developing its monitoring and evaluation system, requesting the secretariat to present the final version of the system at the 13th Conference of Parties (COP13) in 2020.

The Ministers requested the Executive Director of UN Environment to extend the life of the Abidjan Convention Trust Fund through 31 December 2020. They approved the revision of the Trust Fund’s 2017 budget, passed the Convention’s 2017-2020 budget and decided to authorise the opening of a bank account in Abidjan to facilitate the secretariat’s work and its cooperation with financial partners.

The Conference of Parties is the Abidjan Convention’s highest decision-making body. This year’s Conference, held from 27 to 31 March, marked the end of a period of revitalisation launched about 10 years ago. In that period, the number of States Parties increased considerably – 19 of the 22 countries in the Convention area have now ratified the accord. More countries have been paying their contributions and arrears, while productive partnerships have been developed by the secretariat with a broad range of institutions and organisations, UN Environment Executive Director, Erik Solheim, noted in his report on the convention, presented at the Conference.

In the words of South Africa’s Environment Minister, Edna Molewa, chair of COP12, the Convention “has travelled a long road from a near moribund state to the actively functional Convention it is today”. However, formidable challenges remain, said Molewa, who on Friday handed over the reins of the Conference of Parties to COP13 Chair, Anne Oulotto, Côte d’Ivoire’s Environment Minister.

Bent on addressing these challenges, the ministers issued a series of decisions that chart the way forward for the Convention in areas such as ocean energy, integrated ocean management, climate change, marine and coastal biodiversity, pollution, coastal cities, and areas beyond national jurisdiction.

They requested the Abidjan Convention secretariat to develop an integrated coastal and ocean management policy for the Convention area, in collaboration with relevant international institutions, and to organise broad regional consultations to agree on a final version of the policy, to be presented for review and adoption at COP13.

They also undertook to “promote the mainstreaming of gender concerns in the management of the coastal and marine environment” in the Convention region, according to the final declaration of the Conference of Parties, issued on Friday, March 31, 2017.

The ministers expressed appreciation to South Africa for sharing its experiences and lessons learnt in respect of Operation Phakisa : Oceans Economy, a South African programme focusing on sustainable and integrated development of marine resources, and asked for explanatory material on the programme to be translated into French and circulated to all countries.

Operation Phakisa was the subject of one of 10 presentations made by experts in fields related to integrated ocean management at a workshop held on the opening day of the Conference of Parties, 27 March. These and related issues were also highlighted at parallel events – exhibitions  presentations, debates and panel discussions – organised by partners of the Abidjan Convention on the margins of the Conference.

In their final declaration, the ministers called for research on how countries could maximise economic opportunities in the oceans for the people of the Convention area, possibly using the Operation Phakisa approach and methodology.

Secretariat asked to work with World Bank on WACA Programme

On the issue of climate change, the secretariat was asked to work with States Parties to ensure that issues related to oceans and coastal zones are considered in the implementation of Sustainable Development Goals 13 and 14 on climate change and the conservation and sustainable use of oceans, seas and marine resources respectively.

The ministers also decided “to support and promote the implementation of the West Africa Coastal Areas (WACA) Management Programme initiated by the World Bank Group, whose objective is to reduce the risk to coastal communities and promote multi-sectoral integrated and climate-change-resilient management of coastal areas”.

The programme, which helps countries access expertise and finance to sustainably manage their coastal areas, is of vital importance in a region battling climate change-related events such as sea-level rise and warming, land subsidence, storm surge, and increased coastal flooding, and where coastlines are eroding as much as 10 metres per year in some areas. The ministers asked the secretariat to be involved in implementing it and to hold discussions with the World Bank Group to extend it to more countries.

In their final declaration, the Ministers also noted their decision to request Contracting Parties to “recognise the importance of safeguarding biodiversity located in areas beyond national jurisdiction and ensuring their sustainable use under the Convention and in conformity with the United Nations Convention on the Law of the Sea”.

Invasive species of plants, such as the sargassum seaweed – a major threat to biodiversity, economies and livelihoods in parts of West and Central Africa – also came in for mention in the ministers’ final declaration. In this regard, they invited the region’s governments to “strengthen their cooperation with partners and stakeholders on the western shore of the tropical Atlantic Ocean so as to acquire a better understanding of transnational issues linked to invasive species, with a view to jointly developing appropriate solutions”.

They also approved a regional strategy against invasive species, asking governments to adopt and implement it and to “develop national action plans, exchange information, and facilitate rapid provision of mutual assistance against invasive marine and coastal species”.

Other decisions include asking the Parties to implement the African Strategy on Combatting Illegal Exploitation and Illegal Trade in Wild Fauna and Flora in Africa, and to encourage partners to support its implementation.

On the issue of pollution, the secretariat was asked to “initiate, as soon as possible, consultations with partners to prepare a study on the state of the environment, including the level of pollution, of lagoon areas and the socioeconomic development opportunities they provide”.

The Ministers also asked the secretariat and its relevant partners to “create a database on marine waste for use as a basis for strategies on marine waste, thus contributing to well-grounded decisions and policies at the municipal, national, sub-regional and regional levels”.

Another task now conferred upon the secretariat is “to develop and implement a regional initiative on urban planning in coastal cities in order to improve the living conditions of coastal populations”, and to report on it at COP 13.

The secretariat has also been requested to update its overall Action Plan to protect and develop the marine environment and coasts of West, Central and Southern Africa and present it at COP 13. It has also been asked to develop – and present at COP 13 – two new action plans, one on ocean energy and the other related to the creation of an alliance of parliamentarians and local counsellors from Abidjan Convention Contracting Parties.

The action plan for producing and distributing clean energy from the ocean would be based on a study of the energy potential of marine and coastal ecosystems in the Convention zone, which the ministers have asked the secretariat to undertake. Once it is drawn up, the secretariat is to organise regional consultations to finalise it for COP 13.

The other action plan, to be developed together with relevant international organisations, is aimed at ensuring the effective functioning of an alliance of parliamentarians and local elected representatives whose creation the Conference of Parties has decided to support. In this regard, the secretariat will be required to undertake national consultations in States Parties to develop an operational and administrative framework for the alliance.

Another new initiative adopted by the Conference is the establishment of a platform of exchange and reflection known as the African Forum on Seas and Oceans of the Southeast Atlantic. The ministers decided to ask the Convention secretariat to “lead the reflection on this issue” and report on it at COP13. 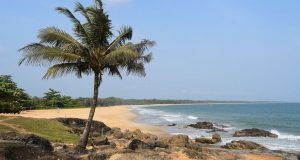 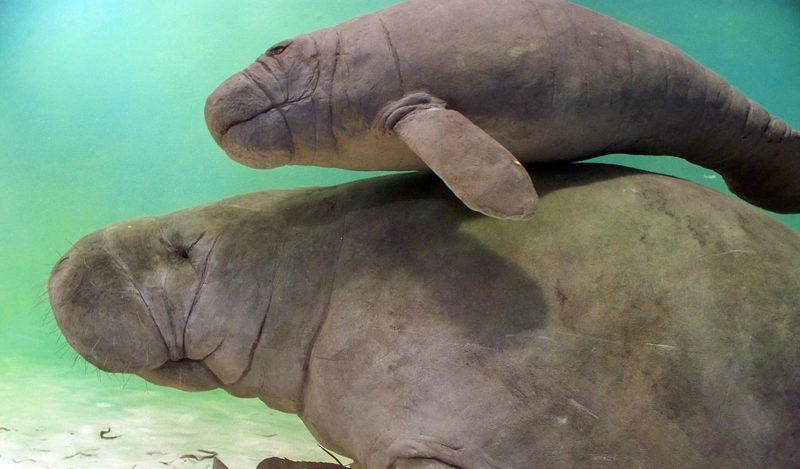 Bothered by what it terms unsustainable consumption of the meat of some marine, coastal and ...