The 11th Meeting of the Conference of the Parties (CMS COP11) to the UNEP Convention on the Conservation of Migratory Species of Wild Animals (CMS) will take place from 4-9 November 2014 in Quito, Ecuador. 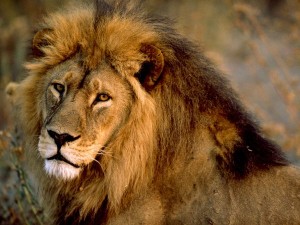 A High Level Ministerial Panel will be held on 3 November to discuss how to reconcile the rights of nature with the green economy in the context of sustainable development.

Topics on the agenda of CMS COP11 include:

A total of 32 species have been proposed for listing on the Appendices. Appendix I listing requires strict protection, while Appendix II requires coordinated management by the countries through which the species migrate. At COP11, all eyes are on sawfish, rays and sharks, which account for 21 of the total of 32 proposals under consideration. Other iconic species have been put forward for listing, notably the Polar Bear, which is threatened by disappearing sea ice and the African Lion.

Wildlife crime and poaching have become major threats to the survival of many migratory species worldwide. The COP is expected to strengthen transboundary action to fight poaching and illicit wildlife trade within and beyond borders.

Illegal killing, taking and trade of migratory birds put the survival of viable populations at risk. A proposal to convene an international task force to address this issue will be considered by the COP.

Marine debris injures and kills many migratory marine mammals, turtles, seabirds and sharks. Actions to reduce pollution of the marine environment will be discussed.

Renewable energy technology such as wind farms can have negative impacts on migratory species such as bats, birds, fish, marine turtles, whales and dolphins. Based on best practice examples, new guidelines to minimise the impact of this technology will be presented to the COP.

The Central Asian Mammals Initiative is a new innovative approach which embraces an entire region instead of focusing on individual species. Measures are presented to address key threats to save the last migrations of large mammals such as the Bactrian Camel or the Saiga Antelope in this important region.

Single Species Action Plans for Argali Sheep, Pacific Loggerhead Turtles and the endangered Saker Falcon have been elaborated to be adopted at the conference. 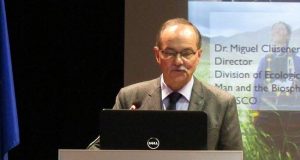