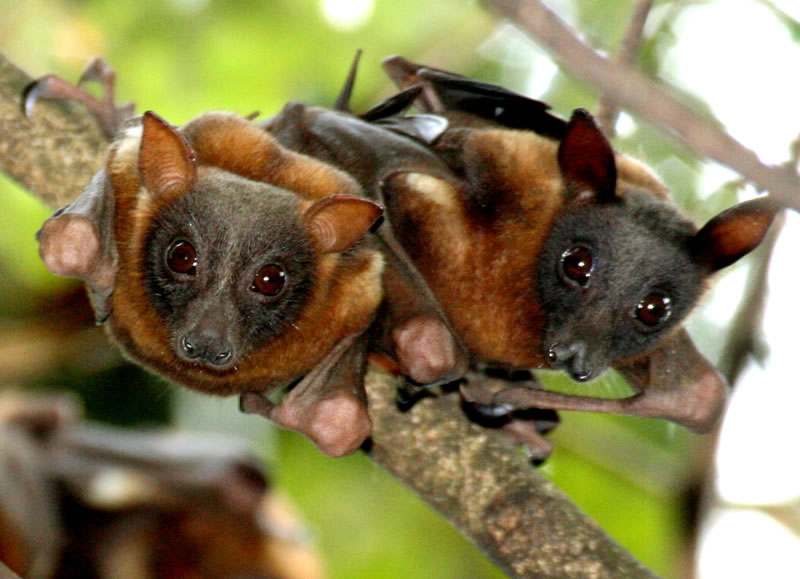 Indeed, Mauritius has once again declared open season on flying foxes. Orchard owners consider the giant fruit bats to be a pest, and the government has called for a massacre – to be carried out by Christmas. But conservationists fear that the cull could lead to the extinction of the species.

The government claims that throngs of flying foxes descend on mango and lychee orchards, often stripping the trees bare. It therefore intends to have 10,000 flying foxes killed.

Conservationists have, however, taken up a campaign to stop the killing.

Reinhard Behrend of Rainforest Rescue said: “The ecological impact and sheer cruelty of the plan looms large: The impact of flying foxes on the island’s fruit crops has been debunked as a wild exaggeration. Furthermore, they play a vital role as pollinators and seed dispersers in the ecosystem as a whole.”

Rainforest Rescue is inviting signatories to a petition urging the Mauritian government to call off the cull and spare the flying foxes.

“The slaughter is completely unjustified,” says Vikash Tatayah of the Mauritian Wildlife Foundation.

One year ago, it had already initiated a “controlled cull” of 20,000 flying foxes – during which no less than 30,398 were confirmed killed.

While the government claims that they now number 65,000, experts agree that the population is considerably lower. A further cull could drive the species to the brink, as the International Union for Conservation of Nature (IUCN) warns. The Mauritius flying fox, Pteropus niger, which is currently listed as vulnerable by the IUCN, could soon become critically endangered, scientists warn, adding that a cyclone or an extended drought could then wipe them out.

A study by the University of Bristol in the UK debunked the orchard owners’ complaints, stressing that the flying foxes were responsible for only around 11% of the damage to fruit crops.

The study discloses: “Orchard mismanagement had a far greater impact. Placing nets around the trees could protect them against flying foxes and birds. Proponents of the cull ignore the fact that the Mauritius flying fox – the island’s largest endemic mammal with a wingspan of 80 cm – is a vital pollinator and seed disperser. A mass killing at this time of year would hit pregnant and nursing females hard, leaving orphaned juveniles no chance of survival.”

To: President Ameenah Gurib and the government of Prime Minister Anerood Jugnauth

Your government is going forward with a “controlled cull” of thousands of flying foxes in response to assertions by orchard owners that the creatures are decimating their crops.

Environmentalists and scientists have spoken out against the plan in no uncertain terms:

The population of flying foxes is likely to be considerably lower than the frequently-cited 65,000 individuals. Scientists estimate the number to be no more than 50,000. According to the International Union for Conservation of Nature (IUCN), the killing could drive the species to the brink of extinction. Currently listed as vulnerable, the flying foxes could soon be critically endangered.

The complaint that the mammals are responsible for decimating fruit crops has been refuted. The flying foxes’ impact has been documented at a mere 11 percent of the total losses. A mass killing will not help fruit growers and does not make economic sense.

Environmental concerns and the sheer cruelty of the plan weigh heavily: the killing would ignore the vital role of the flying foxes in pollination and seed dispersal. It would take place at a time when females are pregnant or nursing their offspring. A significant part of the next generation would thus be wiped out.

Furthermore, the people of Mauritius reject the killing of flying foxes. A survey determined that around 90 percent harbored “neutral to very positive feelings” toward the animals.

Please take the warnings of scientists seriously and cancel the plan. Do not risk the extinction of a species that exists only in your country.

The killing would seriously damage the reputation of Mauritius throughout the world.

Like Loading...
2016-12-18
admin
Previous: Solar-panel roads to be built on four continents
Next: Seven Pacific islands transition to renewable energy