It is time to face the fact that the Congo Basin forests will increasingly be threatened as development needs of member countries surges if urgent measures are not put in place to harmonise development challenges and conservation, experts have warned. 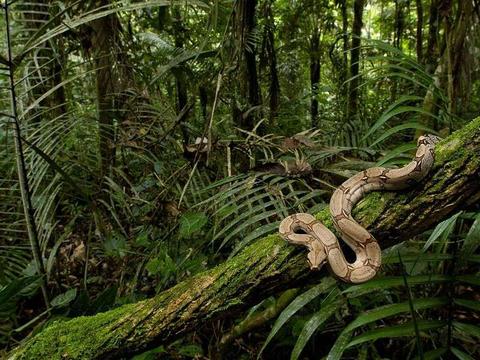 The Congo Basin forest, which holds more than 25 billion tons of carbon and thousands of animal and plant species, is today impacted directly and indirectly by industrialisation, with palm oil plantations taking the lead.

“We need to step out of the conservation box and work with the different stakeholders to balance environmental needs with socioeconomic requirements,” pointed out Jef Dupain, Regional Director, Central and Western Africa at the African Wildlife Foundation.

Speaking at a panel discussion on industrial agriculture and Apes Conservation at the Congo Basin Forest Partnership meeting in Kigali, Rwanda, experts agreed there was a need to guide development actions and encourage best practices for sustainable resource conservation.

“The expansion of industrial palm oil plantations into the habitat of endangered animal species like apes in the Congo Basin forest area has become evident,” said Bas Verhage of WWF citing the case of the Democratic Republic of Congo.

The discussions were held against the backdrop of the publication of the second volume of the book “State of the Apes: Industrial Agriculture and Ape Conservation,” by Arcus Foundation.

The book accordingly examines the interface between ape conservation and industrial agriculture in the Congo Basin and West Africa and notes that Ape habitats like that of other species in sub-Saharan Africa are seriously threatened. It more specifically explores the drivers behind the agricultural expansion and addresses ways to minimise and mitigate its impact on biodiversity.

In Cameroon for example, the Dja forest reserve in the South of the country is seriously under threats from an expanding rubber plantation just like the Ebo forest in the Littoral region is facing challenges from growing palms plantation.

The case of some 142,000-hectare Ebo forest that sits less than 150 kilometers from the capital of Cameroon, Yaounde and even closer to Douala, both cities with populations of over two million, is seriously under threat. Like Korup National Park and the Dja Reserve, Ebo is also home to a wide variety of wildlife, including the rare Nigeria-Cameroon chimpanzee and the drill (Mandrillus leucophaeus), a highly endangered baboon-like monkey that, until the 1980s, scientists had written off as extinct.

The conservation actors at the panel discussion called for an integrated cross-sector approach to national management that factor in development and conservation needs through building bridges and linkages between protected areas, spaces designed for production, infrastructure and mining activity.

Experts agree transparency must be the watchword in the conservation and forest management industry in coming years to bolster and foster trust among stakeholders.

“There is a need to build a permanent platform for inclusive dialogue between the States, the private sector and other actors to create an enabling environment and ensure transparency,” Athanas said.