Some stakeholders in the tomato industry have expressed concern that the one-month closure of Tiga Dam in Kano State will adversely affect the production of tomatoes. 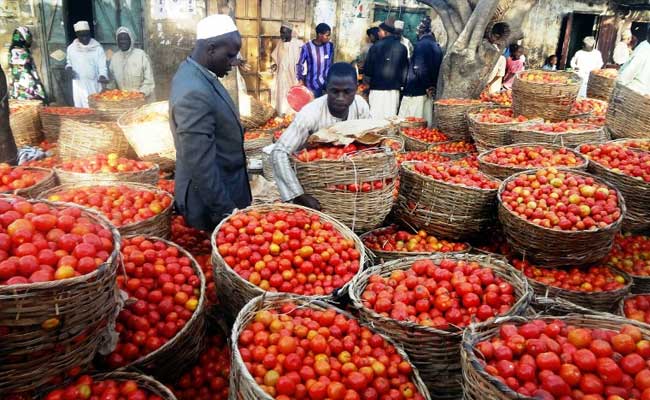 The stakeholders expressed their concerns in separate interviews with the News Agency of Nigeria (NAN) on Wednesday, January 10, 2018 in Lagos.

They said the closure of the dam would cause the price of tomatoes to soar, thereby affecting the nation’s quest to achieve self-sufficiency in the production of the commodity.

NAN reports that Tiga Dam was built in 1974 and supervised by Hadejia-Jama’are River Basin Development Authority with the aim of improving food security through irrigation projects for farmers.

Alhaji Sanni Danladi-Yadakwari, the Secretary, Tomato Growers Association of Nigeria (TOGAN), said farmers were not given prior notice by Hadejia-Jama’are River Basin Development Authority before the dam was shut on Dec. 4, 2017 for maintenance.

According to him, the unplanned and ill-timed closure of the dam has destroyed over 60 per cent of tomatoes planted by farmers in four local government areas of Kano State.

“They usually notify us before they shut the dam for routine maintenance so that we can plan our planting season or make alternative plans but this time around it was done arbitrarily without notification,’’ he said.

According to him, over 5,000 tomato farmers are affected and it cost about N500,000 to cultivate a hectare of tomato farm “and as it is, we cannot recoup 10 per cent of our investment’’.

“The negligence of the authority has destroyed our source of livelihood and cost us millions of naira.

“The produce will not yield desired results and tomatoes grow best in temperatures of 20 to 27°C and its fruit setting will be poor when the average temperature exceeds 30°C.,’’ he said.

Danladi-Yadakwari said that the dam’s authority later opened it on Jan. 4, but the pressure of the water was low and insufficient to neither irrigate the farms nor salvage the damage to the produce.

According to him, the incident has rendered many farmers’ efforts to boost food production and support the Federal Government’s drive to end tomato paste importation fruitless.

He urged the government to assist the farmers with funds, adding that most of the affected farmers wanted to divert to rice and wheat production for the present planting cycle.

NAN reports that Kadawa irrigation area, Kano is believed to be the largest tomato producing area in the country.

Kaita said that activities in the plant commissioned in March 2016 had been hindered due to lack of fresh tomatoes as raw materials from farmers.

“The 1,200 tonnes a day plant needs about 40 trucks of fresh tomatoes each day as input with each truck handling 30 tonnes of produce.

“Our production aims to assist the country substitute its import of tomato paste to become a net exporter but that has been stalled.

“The ill-timed closure of the dam is not good for national development. It will not allow the tomato policy to be effective, thereby giving smugglers and importers free opportunity to operate,” Kaita said.

He said that Dangote’s facility, when reopened would produce more than 400,000 tonnes of tomato paste annually.

Kaita urged the government to probe the closure of the dam, adding that stakeholders were suspecting the alleged connivance between importers and the dam management to sabotage the tomato policy.

Ogundele is the Group Intervention Manager for Growth and Employment in States (GEMS4), a project financed by the World Bank and UK’s Department for International Development (DFID) in Nigeria.

“The implication of the maintenance of the dam as scheduled by the dam management is not just right for national tomato sector development.

“I have worked with thousands of farmers in the GEMS4 project for the last five years to ensure that tomato production becomes better and wastages reduced.

“Now that production has begun to ramp up, the dam management are slowing it down. This is not right,” he said.

Ogundele called for a strong collaboration between the dam management and farmers toward ensuring a hitch free production cycle to boost food production, jobs and wealth creation.

NAN reports that data from the Federal Ministry of Agriculture and Rural Development shows that the country produces about 1.8 million tonnes of fresh tomatoes annually.

About 900,000 tonnes rot before they get to the market due to bad roads and storage facilities.

To augment the supply deficit, the country annually imports about 150,000 tonnes of tomato concentrate worth $170 million.