West Africa’s first online newspaper dedicated to opening new vistas in the coverage and reportage of climate change and the region’s environment has been launched. 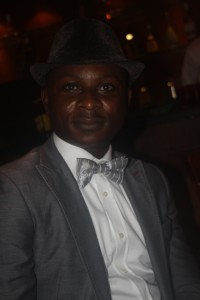 The online magazine, tagged “ClimateReporters” (www.climatereporters.com), was launched at the weekend in the Republic of Benin, Cote d’Ívoire and Nigeria simultaneously in commemoration of the 2015 International Francophonie Day. According to its promoters, it envisions an informed, environment-friendly and climate-conscious citizenry living in a safe and serene West African environment, free from climate disasters and environmental despoliation.

Speaking at the lunch, the medium’s Editor-in-Chief, Atâyi Babs, revealed that the newspaper is “dedicated to bringing fresh, crisp and engaging climate reports from all over the world to West Africa, using the region’s finest blend of climate story tellers to enhance understanding and engender climate action across the region.”

“We are change catalysts, bringing international climate reports to every doorstep in West Africa at the same time taking the West African climate story to the world,” Babs added.

The launch of the newspaper on the International Francophonie Day which is observed within La Francophonie’s 77 member states in celebration of the French language and Francophone culture and the signing of the Niamey Convention on 20th March 1970 which established the Agence de Coopération Culturelle et Technique, reinforces the new medium’s capacity to reflect the rich linguistic and cultural diversity of West Africa. The newspaper is published online, real-time in English and French simultaneously.

With a multilingual team of talented reporters from across the region, ClimateReporters provides an interesting mix of environmental news stories and an imperative source of environmental information and opinion. The medium aspires not only to focus on the big stories but also seek out some of more unusual and controversial environmental issues from around the world.

Speaking at the launch in Abidjan, Alain Landry Zahoré, the Cote d’Ivoire Bureau Chief, disclosed that with special pull-out categories on climate change, sustainable development, road to Paris, energy, WASH, land, forests and health, ClimateReporters will focus attention on the present and future environmental issues facing the health of the planet and West Africa in particular.

Zahoré further added that “we are out to inform, educate and activate a platform for regional and global environmental action.”