March 14, 2021 Comments Off on Climate income: A call to include Carbon Fee and Dividend in Nigeria’s revised NDCs 1,019 Views

As the Nigerian government steps-up efforts to revise and submit its Nationally Determined Contributions (NDCs) to the United Nations Framework Convention on Climate Change (UNFCCC), there is the urgent need to include carbon finance and adopt the carbon fee and dividend policy in line with President Muhammadu Buhari’s plan to lift 100 million persons out of poverty in 10 years and build back better to post COVID-19.

This ambitious plan of the Federal Government can be achieved through a national carbon pricing policy: the Carbon Fee and Dividend otherwise referred to as climate income policy.

What is Carbon Fee and Dividend?
Carbon Fee and Dividend is the policy proposal created by Citizens’ Climate Lobby (CCL) to internalise the costs of burning carbon-based fuels. It’s the policy that climate scientists and economists alike say is the best first-step to reduce the likelihood of catastrophic climate change from global warming as well empowering the poverty through basic climate income.

How does it work?

1) Place a steadily rising fee on the CO2 content of fossil fuels.
To internalise the social cost of carbon we can begin with an initial fee of N1,000/tonne on the CO2 content of fossil fuels, escalating N15,000/tonne/year, imposed upstream at their point of extraction and collected upon entry into the economy. Accounting for the true cost of carbon-based fuels not only creates a level-playing field for all sources of energy, but also informs consumers of the true cost-comparison of various fuels when making purchase decisions.

2) Give all of the revenue from the carbon fee back to households.
The revenue from the carbon fee is held in a Carbon Fees Trust fund and returned directly to households as a monthly dividend. The majority of households will receive more than they will pay for increased energy costs. This feature will inject billions into the economy, protect family budgets, free households to make independent choices about their energy usage, spur innovation and build aggregate demand for low-carbon products at the consumer level.

3) Border Adjustments will product our companies.
Import fees on products imported from countries without a carbon fee, along with rebates to Nigerian industries exporting to those countries, will discourage businesses from relocating where they can emit more CO2and motivate other countries to adopt similar carbon pricing policies.

Existing tax and trade systems avoid complex new institutional arrangements. Firms seeking to escape higher energy costs will be discouraged from relocating to non-compliant nations (“leakage”), as their products will be subject to import fees.

Carbon Fee and Dividend is good for the economy and even better for the climate. Predictably rising carbon fees on GHG emissions are the most economically efficient, transparent and enforceable mechanism to drive a transition to a low-carbon economy, by giving all businesses and individuals a powerful incentive to reduce their carbon footprints and to develop and make available low and no carbon alternatives.

Carbon Pricing Around the World

Additionally, 97 countries have carbon pricing in their commitments to the United Nations. These 97 Parties represent 58 percent of global GHG emissions.

In the June 2020 paper “Carbon Pricing Efficacy: Cross-Country Evidence”, researchers used data from 142 countries over a period of two decades. They determined that the average annual growth rate of CO2 emissions from fuel combustion has been around 2 percentage points lower in countries that have had a carbon price compared to countries without.

Further to that, an additional euro per tonne of CO2 in carbon price is associated with a reduction in the subsequent annual emissions growth rate of approximately 0.3 percentage points, all else equal.

Considering the importance of carbon pricing, the World Bank and the International Monetary Fund and other partners, including Citizens’ Climate Lobby,  formed the Carbon Pricing Leadership Coalition – a voluntary partnership of national and sub-national governments, businesses, and civil society organizations that agree to expand the use of effective carbon pricing policies that can maintain competitiveness, create jobs, encourage innovation, and deliver meaningful emissions reductions.

ALSO READ:  US, EU seek a weakened Loss and Damage in Paris agreement

The European Union are planning to enact Border Adjustments, which they call Border Carbon Adjustment Mechanisms (BCAM), in January 2023. The BCAM / Border Adjustment will involve the application of import fees on products imported from countries without a carbon policy.

Finally, carbon pricing is an idea whose time has come, and Nigeria cannot be left out. The Carbon Fee and Dividend policy is elegant in its simplicity, transparent in its accessibility to public scrutiny and clear in its signals and benefits. 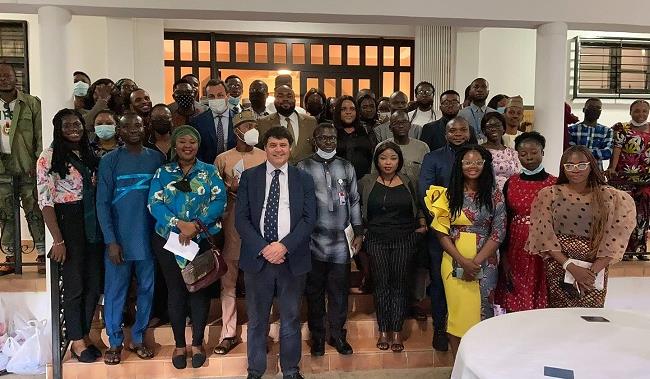