Women would suffer from devastation of climate change as lawlessness triggered by disasters and food shortages expose them to rape and other violence, dystopian novelist, Margaret Atwood, said on Friday, June 1, 2018. 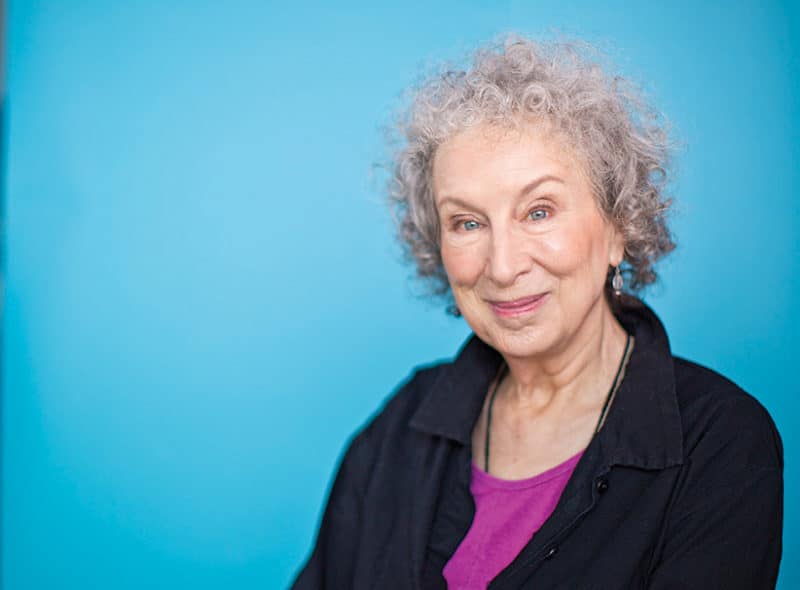 The 78-year old Canadian author said at a London conference on Women and Climate Change that some women and girls were forced to sell sex to survive during disasters and crises.

”Others are raped in times of conflict, and catastrophe growing more frequent due to climate change.

“Of course, those kinds of events give rise to civil unrest, wars, resource wars, battles for water.

“Women under those situations will suffer disproportionately, and their children, too,” she said.

It has shot back up the bestseller lists after being made into a popular, award-winning television series.

Research has shown that women’s vulnerabilities are exposed during the chaos of cyclones, earthquakes and floods, according to the British think-tank, Overseas Development Institute.

“If there is no civil protection and you don’t have any money, what is the one thing that gets traded, always?

”In war conditions, rape is used a military tactic,” Atwood said at the conference on women and climate change hosted by Invisible Dust, an arts and science organisation.

“Swelling populations and food demands, combined with even scarcer water and land resources, could lead to a doubling of food prices.

“It triggers civil unrest in some developing countries, the United Nations Environment Programme (UNEP),” she said.

Such scenarios already have played out in North Africa, the Middle East and South East and South Asia, according to a 2016 report by UNEP and Global Footprint Network.

Atwood said she was optimistic for the future but warned that many people had grown complacent about the impacts of climate change.

“It doesn’t usually click for them until the floodwaters sweep into their house.

“The problems are multiple, but I appreciate that people are tackling it,” she said.

Like Loading...
2018-06-03
admin
Previous: Tears, tributes as Daramola, journalism scholar, is buried
Next: Lagos to sanction owners of broken down waste compactors