A series of virtual events, the UNFCCC Climate Dialogues (November 23 to December 4), are set to kick off next week, designed to maintain critical momentum in the intergovernmental process in support of a robust international framework for climate action and increased climate ambition. The aim is to contribute to maximum progress and ensure a minimum of delays in the multilateral climate action agenda in the run-up to the UN Climate Change Conference in Glasgow (COP26) at the end of next year.

The Chairs of the Subsidiary Body for Scientific and Technological Advice (SBSTA) and the Subsidiary Body for Implementation (SBI) are launching the Climate Dialogues in collaboration with the COP25 Presidency and incoming COP26 Presidency and with the support of the UNFCCC secretariat. Together with the UN Climate Change secretariat, the Chairs successfully organised a similar series of momentum-building virtual events this year, the June Momentum for Climate Change.

Tosi Mpanu-Mpanu, Chair of the SBSTA, said: “The dialogues will not be about formal negotiations, yet governments can still reflect on where we stand regarding some of the substantive issues. They provide an opportunity for the Parties to the UNFCCC to come and share what they have been able to achieve this year and what they look forward to doing in 2021.”

The Dialogues, according to the UNFCCC, come at a crucial time as countries prepare to submit new or updated national climate action plans, known as Nationally Determined Contributions (NDCs), which are at the heart of the Paris Agreement, by the end of this year.

In addition to advancing technical work under the constituted bodies, the Dialogues will focus on engaging Parties and other stakeholders in exchanging views and sharing experiences on implementation of other activities mandated for 2020 under the UN Framework Convention on Climate Change that are related to the work by the governing and subsidiary bodies.

This includes work on reducing greenhouse gas emissions, adapting to the effects of climate change, science, finance, technology, capacity-building, transparency, gender, Action for Climate Empowerment (ACE), and the preparation and submission of NDCs.

Marianne Karlsen, Chair of the SBI, said: “The Dialogues will help deliver vital steps forward. We know that 2021 will be an extremely busy year and we need to catch up on lost time. Hence whatever we can do now to make progress is crucial to what we can achieve at the UN Climate Change Conference, COP26, in Glasgow next year.”

The Dialogues come on the heels of the Race to Zero Dialogues convened by the Climate Champions that wrap up this week, charting how entire sectors can transition to a zero-carbon future. They will be followed by a global event on December 12 to mark the 5th anniversary of the Paris Agreement, hosted by the UK COP Presidency, France and the UN, which will be an opportunity for world leaders to raise global ambition to tackle climate change ahead of COP26.

Patricia Espinosa, Executive Secretary of UN Climate Change, said: “COVID-19 and the climate emergency can only be addressed by building forward, by re-embracing multilateralism, by honouring commitments under the Paris Agreement and continuing to build trust in the climate process.

“The Climate Dialogues are a key opportunity to build on the work coming out of last year’s UN Climate Change Conference COP25 in Madrid, the June Momentum and the Race to Zero Dialogues and as we prepare for the milestone event of COP26. In Glasgow, we expect to achieve a balanced package of decisions and actions that reflect the expectations, concerns and needs of all stakeholders, set against a backdrop of ambition, whilst agreeing on rules to implement the Paris Agreement,” she added.

COP25 President Minister Carolina Schmidt from Chile said: “COVID-19 has postponed COP26 but it has not delayed the need for Parties to deliver on their commitments under the Paris Agreement – most importantly, the submission of more ambitious Nationally Determined Contributions this year. The UNFCCC Climate Dialogues are critical to maintaining momentum in the multilateral process to ensure a robust international framework and climate action agenda as we move forward to COP26.”

COP26 President-Designate Alok Sharma said: “2020 has been a hugely challenging year. But ahead of COP26, we must keep driving forward action on climate change. The Dialogues will be a key part of this and will help us to make progress across all three pillars of the Paris Agreement. We must maintain this momentum through the Climate Ambition Summit on 12 December where leaders will make climate pledges on mitigation, adaptation and support to help put us on the front-foot for a year of action in 2021.” 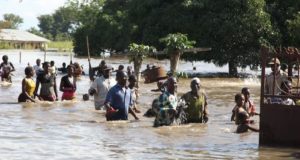 Effectively launched in 2020, the MRV project is nationally supported by the Ministry of Environment, ...