More than half of the America’s physicians – including family doctors, pediatricians, obstetricians, allergists, geriatricians and internists – are launching a campaign to help patients, the public and policy makers understand the damage climate change is doing to people’s health and what needs to be done to prepare and protect them. 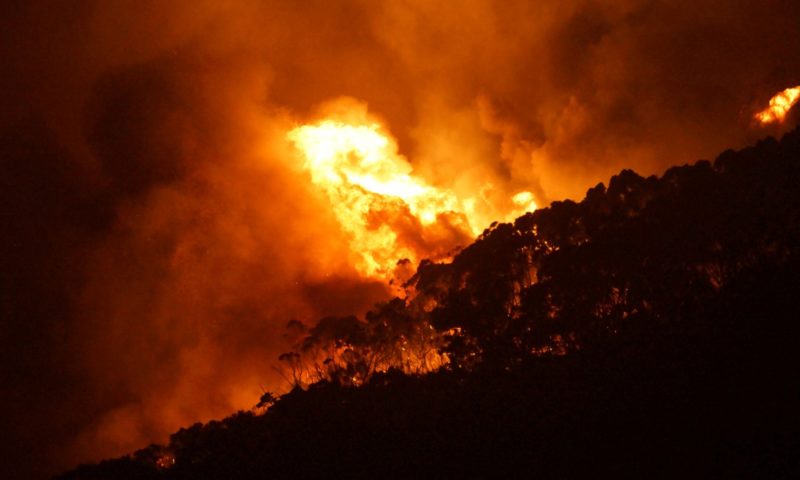 Following the launch of a new report, 11 of the nation’s leading medical societies are forming the Medical Society Consortium on Climate & Health and releasing a new report that highlights crucial health harms from climate change. Among them: cardio-respiratory illness associated with wildfires and air pollution; heat injury from extreme heat events; spread of infectious disease, including dangerous conditions such as West Nile virus and Lyme disease; and health and mental health problems caused by floods and extreme weather.

The new report, Medical Alert! Climate Change is Harming Our Health, combines research on the health impacts of climate change, physician stories, and research-based evidence showing that reducing greenhouse gases improves heath and saves lives. The report will be delivered to members of Congress before being distributed more broadly to state leaders, businesses and medical groups.

“Doctors in every part of our country see that climate change is making Americans sicker,” says Mona Sarfaty, MD, director of the new consortium and a professor at George Mason University in Fairfax, Virginia. “Physicians are on the frontlines and see the impacts in exam rooms. What’s worse is that the harms are felt most by children, the elderly, Americans with low-income or chronic illnesses, and people in communities of colour.”

The report documents that most Americans don’t realise that worsening health, such as increases in asthma attacks and allergies, is linked to climate change. A 2014 poll showed that only one in four Americans can name even one way in which climate change is harming their health.

The Medical Alert! report outlines three types of harms from climate change to include:

The report draws on a number of peer-reviewed reports, including The Impacts of Climate Change on Human Health in the United States: A Scientific Assessment, issued by the U.S. Global Change Research Program in 2016.

ALSO READ:  Buildings can become a carbon sink if made from wood

Doctors are joining climate scientists to encourage energy efficiency and accelerating the transition from fossil fuels to clean renewable energy, like solar and wind, citing both the long-term health benefits and immediate health effects of cleaner air and water. Americans also can help, for example, by driving less, and walking and biking more, the according to the Consortium report.

“Doctors work to prevent smoking and help patients quit, because smoking harms health and increases the risk of cancer or lung disease. We see efforts to combat climate change in the same way: they will improve health today and reduce health risks down the road,” said Nitin Damle, MD, MS, MACP, president of the American College of Physicians (ACP) and founder of South County Internal Medicine Inc. in Wakefield, Rhode Island.

A January 2017 Abt Associates study found that, in the Northeastern states that are taking actions to reduce heat-trapping pollution through the Regional Greenhouse Gas Initiative (RGGI), there were immediate public health benefits. Researchers found this initiative has prevented 300-830 early deaths among adults, 39,000-47,000 lost work days, 35-390 non-fatal heart attacks, 8,200-9,900 asthma flare-ups and 180-220 hospital admissions.  It has also saved money.

The Consortium report contains a map showing how climate change affects health in different regions of the country.

The Consortium of doctors is supporting making the switch to clean renewable energy and announced that it will send letters about the health benefits of accelerating the transition to clean energy to the Chairs of the National Governor’ Association, the US Conference of Mayors, CEOs of Fortune 500 Companies, the Chamber of Commerce, the National Association of Manufacturers, and members of the Trump administration.

Additionally, they will advise that doctors, nurses and medical professionals learn about the health risks of climate change and advise all Americans to take steps to avoid these harms.