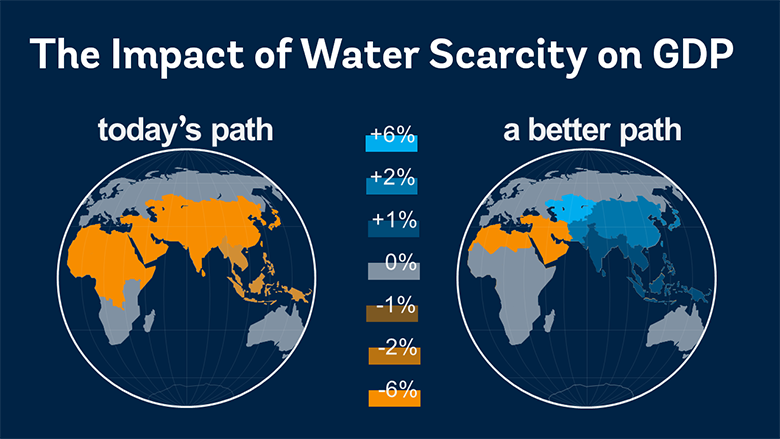 The report adds however that most countries can neutralise the adverse impacts of water scarcity by taking action to allocate and use water resources more efficiently.

According to the report, climate change influenced-water scarcity could cost some regions up to 6% of their gross domestic product (GDP).

The study warns that, unless action is taken soon, water will become scarce in regions where it is currently abundant – such as Central Africa and East Asia – and scarcity will greatly worsen in regions where water is already in short supply – such as the Middle East and the Sahel in Africa.

These regions, stresses the report, could see their growth rates decline by as much as 6% of GDP by 2050 due to water-related impacts on agriculture, health, and incomes.

Water insecurity could multiply the risk of conflict, says the report, adding that food price spikes caused by droughts can inflame latent conflicts and drive migration.

“Where economic growth is impacted by rainfall, episodes of droughts and floods have generated waves of migration and spikes in violence within countries.

“The negative impacts of climate change on water could be neutralised with better policy decisions, with some regions standing to improve their growth rates by up to 6% with better water resource management,” the report finds.

Some of the report’s other key findings include:

(2) Adoption of incentives to increase water efficiency, and

(3) Investments in infrastructure for more secure water supplies and availability. 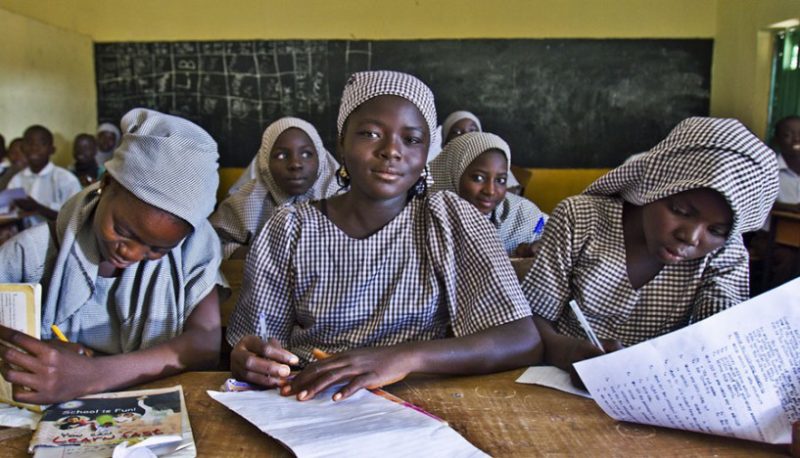