Climate change is already putting production and cost pressures on the supply of coffee in significant parts of the world’s “bean belt” of coffee producing countries. 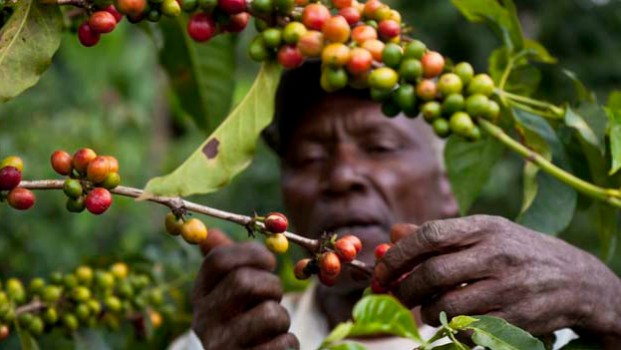 Increasing temperatures and extreme weather events will cut the area suitable for production by up to 50 per cent, erode coffee quality and increase coffee prices for consumers, according to The Climate Institute’s “A Brewing Storm: The climate change risks to coffee report”, released on Monday.

“Over 2.25 billion cups of coffee are consumed around the world every day, with nearly half of Australians drinking coffee regularly,” said CEO of The Climate Institute, John Connor. “Yet coffee is just one of a multitude of things increasingly subject to negative climate impacts, and its negative flow-on effects.”

“Our A Brewing Storm report, commissioned by Fairtrade Australia & New Zealand, researched available information on climate risks to coffee, and should give a jolt to Australian coffee consumers and provide more reason for urgent climate action.”

World coffee production has more than trebled since the 1960s to supply the $19 billion trade that continues to deliver a five per cent increase in consumption annually. Yet, between 80 and 90 per cent of the world’s 25 million coffee farmers are smallholders who are among those most exposed to climate change. They generally live and work in the “bean belt” which comprises around 70 mostly developing countries, including Guatemala, Brazil, Vietnam, Colombia, Ethiopia and Indonesia. Climate change threatens their world, the report says.

“Without strong climate action, the areas suitable for growing coffee could halve in a few decades, pushing production upslope, away from the equator and into conflict with other land uses, such as nature conservation and forestry. By 2080 wild coffee, an important genetic resource for farmers, could be extinct.”

Heightened temperatures and rainfall have already increased the incidence of disease and pests affecting yields and quality. In already hot countries, more warming will also increase burdens on the physical and mental health of producers, labourers and communities – with clear productivity consequences.

“Companies such as Starbucks and Lavazza, as well as the International Coffee Organisation, have already publicly acknowledged the severity of climate risks,” Connor said.  “Consumers are likely to face supply shortages, impacts on flavor and aromas, and rising prices.”

Recognising the impact of climate change, Fairtrade is working with commercial partners and coffee farmers on climate focused projects. These projects seek to prevent more greenhouse gases from being produced and provide technical and financial support for climate change adaptation and mitigation.

“There are things we coffee drinkers can do to assist,” said Connor. “The first step is to learn about these issues and the steps being taken by Fairtrade and others; the second is to take real action by choosing to buy only the brands that are carbon or climate neutral, provide a fair return to farmers and their communities while helping to build their capacity to adapt to climate change; third is to demand climate action from the coffee companies and our governments to ensure all products, business models and economies are carbon or climate neutral.”

John Connor said The Climate Institute’s recently released National Agenda for Climate Action provided a blueprint for Australian businesses, communities and governments to get to carbon neutral and to go even further.