Substantial changes in climate change beliefs, bipartisan support for a variety of climate and clean energy policies, demand for action by companies, citizens, and governments, and individual willingness to get politically involved are findings from a report released by the Centre for Climate Change Communication, George Mason University, USA on Thursday, December 14, 2017.

The Trump administration has taken numerous actions to reverse the climate policies of the Obama administration. Some of these actions have received substantial media coverage, like the decision to withdraw from the Paris Climate Agreement and stop the Clean Power Plan. These attacks on climate science and policy appear to be having an effect on Republican registered voters: 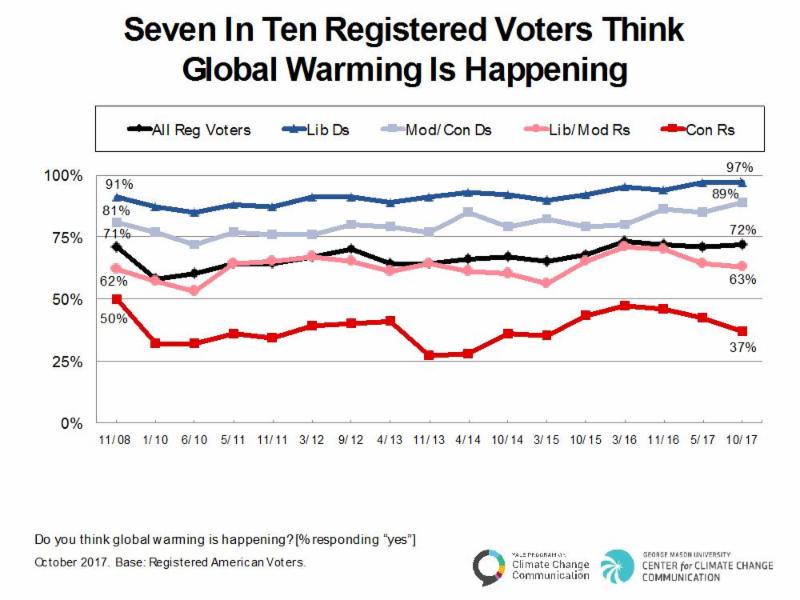 Despite the changes in climate change beliefs, public support for a variety of climate and clean energy policies remains strong and bipartisan. Large majorities of registered voters support: 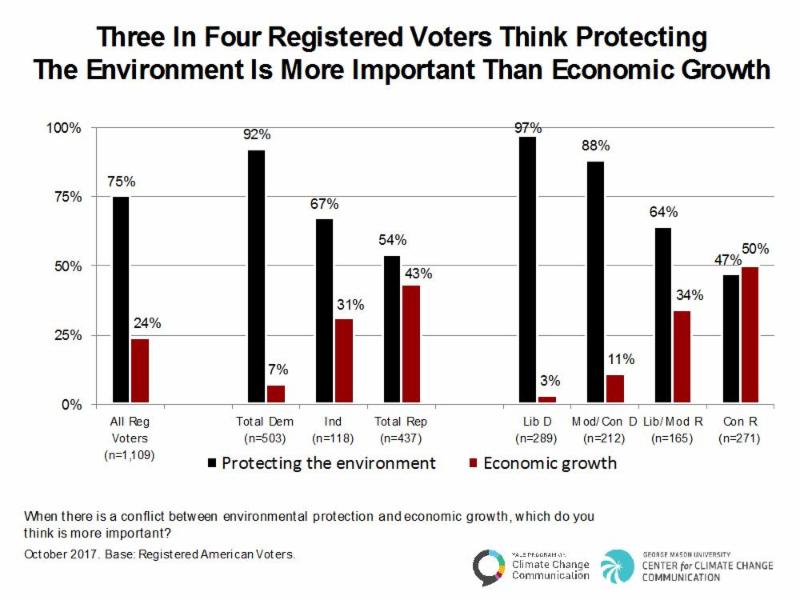 The Trump administration has proposed to dramatically cut funding for climate change research and programmes at the EPA, yet a large majority of registered voters think the budget for the EPA’s work on global warming should be increased (54%) or kept the same (28%). Only 16% think the budget should be reduced.

Further, when there is a conflict between environmental protection and economic growth, a large majority of registered voters (75%) prefer to protect the environment, including 92% of Democrats, 67% of Independents, and 54% of Republicans.