As the European Council on Friday, June 19, 2020 discusses the Union’s recovery plan that should enable Europe to reboot its economy, amid the creation of several assemblies and citizens’ conventions on climate in Spain and the official release of their proposals in the coming days in France and UK, Climate Chance is set to release its advocacy action for the continent.

The group is addressing to European leaders a set of proposals to be included in the strategy of the European Recovery Plan and the “Green New deal” in order to strengthen Europe’s capacity to reach its carbon neutrality goal in 2050.

This advocacy action, it says, is in line with the approach of the international Climate Chance Association, which since its creation at the time of COP21, seeks to bring together the diversity of actors involved in climate action in the field, local authorities, businesses, and NGOs.

This text is signed by Climate Chance’s members, 60 European and African personalities known for their commitment to the fight against climate change: secretaries general of the main global networks of local authorities, researchers including Jean Jouzel and Valérie Masson-Delmotte, former ministers, heads of companies and major organisation networks.

With precise proposals, this address insists on the place of local authorities and the challenges of development and international solidarity. These proposals are based on two years of observations and analyses of measurable successes in terms of reducing greenhouse gas emissions, carried out by our Observatory on global non-state climate action.

Climate Chance lists proposals that cover six key priorities for public policies of the European Union and Member States to include:

Previous: Concern over sustainability of wild plants used to treat COVID-19
Next: Why menace of open defecation still looms in Ghana 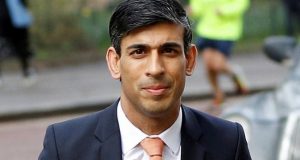