The Standing Committee of the Convention on International Trade in Endangered Species of Wild Fauna and Flora (CITES) has suspended commercial trade in the African Rosewood (Millettia laurentii) from Nigeria. 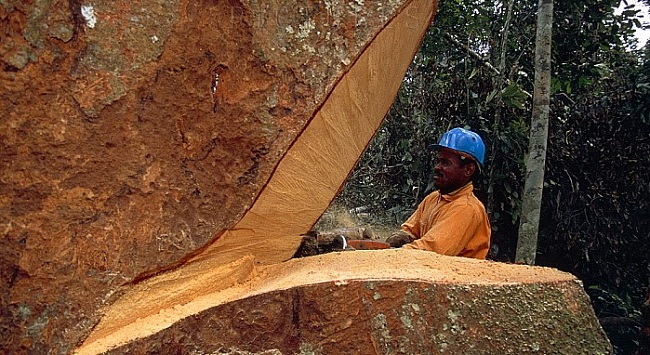 This formed part of measures agreed on by the international conservation organisation to achieve full compliance with international wildlife trade regulations at its 70th meeting that held in Sochi, Russian Federation, from October 1 to 5, 2018.

According to CITES, since the beginning of 2018, Nigeria has authorised over 180,000 m3 of the precious timber to China and Viet Nam, without first making sure that these exports will not threaten the survival of the species.

Apparently miffed by this development, the CITES Committee decided to recommend suspension of commercial trade in the timber species until Nigeria has made a non-detriment finding for the species in the country.

“The CITES Standing Committee dealt with a myriad of wild species and complex issues in the nexus between conservation, trade and development. The seriousness and determination of Parties to bring international wildlife trade rules to their full strength were demonstrated by the frank and constructive debate and decisions made on compliance issues, including the decisions on African rosewood, sei whales, pangolins, elephant ivory and to rectify the mismanagement of trade in CITES-listed species by certain countries,” said David Morgan, Officer-in-Charge of the CITES Secretariat. “This has again shown the real-world impact of CITES when governments around the world are fully committed to respect their obligations under the treaty. The Secretariat commends all Parties on their cooperation and their commitment to implement and enforce the Convention.”

The Standing Committee debated the “introduction from the sea” of sei whales, which is considered as international trade under CITES, from the western North Pacific population by Japan and determined that this activity was for commercial purposes and therefore not in compliance with the Convention. In response to this conclusion, Japan committed to take swift remedial action, and to delay the departure of the concerned research whaling vessels to the western North Pacific and to not authorise any harvest of the sei whales from the high seas in this region until the Standing Committee has assessed Japan’s progress in implementing the remedial actions at its next meeting in May 2019. If not satisfied with the action taken, the Committee may take compliance measures.

The compliance measures that the Committee can take include recommendations to suspend trade in some or all CITES-listed species and represent a unique strength of the Convention. The goal of such measures is to achieve long-term and sustained compliance with the Convention thereby ensuring the survival of the species in the wild. To better achieve the goal and to support countries in achieving full compliance, the Committee agreed that the development of a Compliance Assistance Programme should be considered by the Conference of the Parties in May 2019.

Compliance assistance is already being provided to Lao People’s Democratic Republic, another case of non-compliance considered by the Committee at the meeting. While significant efforts have been deployed by Lao PDR to effectively implement and enforce its CITES obligations, the country continues to be affected by illegal trade and faces challenges to ensure that authorised exports are legal and sustainable. The Committee therefore decided to recommend to all Parties that they suspend commercial trade in the high value Siamese rosewood, including finished products, from Lao PDR until it can be scientifically justified that such exports are sustainable. Lao PDR agreed with the recommendations and committed to report on implementation by February 1, 2019.

The Committee also reviewed compliance issues in the Democratic Republic of the Congo (DRC), where considerable progress had been made since the matter was last discussed late in 2017, to address high levels of illegal trade. However, the DRC is still having difficulties to put the proper mechanism in place to ensure that authorised exports are sustainable and was requested to strengthen its Scientific Authorities by building capacity and allocating sufficient modern resources for making the necessary scientific studies to determine how much can be traded without threatening the survival of the species in the wild. Finally, in view of these persistent challenges, the Committee recommended that Parties suspend trade in grey parrots and in pangolins from the DRC.

The meeting of the Standing Committee also agreed to present new or revised resolutions and decisions on a range of issues to the next gathering of the governing body of the Convention, the Conference of the Parties, which will meet for the 18thtime in Sri Lanka in May-June 2019 (CoP18). The host of CoP18 attended the meeting in Sochi and told participants that “20 million warm hearts are waiting to meet you in Colombo next year”.

The next meeting of the CITES Standing Committee will take place in Colombo, Sri Lanka, on May22, 2019, a day prior to the start of the CoP18.

Like Loading...
2018-10-10
admin
Previous: Africa urged to speak with one voice on climate issues
Next: ‘Michael’ makes landfall as catastrophic Category-4 hurricane