Seven Central African countries have committed to restore some 34.56 million hectares of forest under the Bonn Challenge. 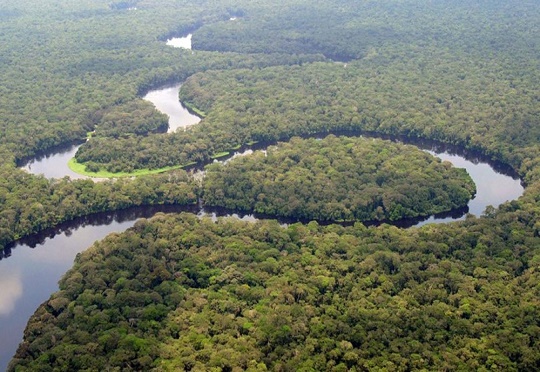 The Bonn Challenge is a global effort to bring 150 million hectares (ha) of the world’s deforested and degraded land into restoration by 2020, and 350 million hectares by 2030. It was launched in 2011 by the Government of Germany and the International Union for the Conservation of Nature (IUCN), and later endorsed and extended by the New York Declaration on Forests at the 2014 UN Climate Summit.

Under the sub-continental initiative, the benefits of restoration that will accrue to the participating countries are health (water), economic (food, etc) and environmental (fuel, climate benefit). While it is projected that they will reap up to $11 billion, the nations will likewise sequester some 3.37gigatonnes (Gt) of carbon dioxide (CO2).

In 2011, Rwanda pledged to restore 2 million ha by 2020. Burundi did likewise four years later in 2015. Both nations have valued water and environmental benefits at $628 million, and to sequester 0.19 Gt of CO2.

Underlying the Bonn Challenge is the forest landscape restoration (FLR) approach, which aims to restore ecological integrity at the same time as improving human well-being through multifunctional landscapes.

The restoration of 150 million hectares of degraded and deforested lands in biomes around the world – in line with the FLR approach – will create approximately $84 billion per year in net benefits that could bring direct additional income opportunities for rural communities. About 90 per cent of this value is potentially tradable, meaning that it encompasses market-related benefits.

Achieving the 350 million hectare goal will generate about $170 billion per year in net benefits from watershed protection, improved crop yields and forest products, and could sequester up to 1.7 Gt of CO2 equivalent annually.

“The Bonn Challenge is not a new global commitment but rather a practical means of realizing many existing international commitments, including the CBD Aichi Target 15, the UNFCCC REDD+ goal, and the Rio+20 land degradation neutrality goal. It is an implementation vehicle for national priorities such as water and food security and rural development while contributing to the achievement of international climate change, biodiversity and land degradation commitments,” said a source.