August 3, 2021 Comments Off on Carrying forward the Olympic spirit to care for our forests 437 Views

All eyes of the world are on Tokyo as the Olympic Games finally take place in Japan. It has been a long time coming. Like so many aspects of our lives, the Olympics too were put on hold because of COVID-19. But now that they are happening, it feels like an event that can bring the world together.

The Games themselves are full of symbolism and tradition. At the Opening Ceremony, the five interlocking Olympic rings were unveiled. The rings – usually depicted as blue, yellow, black, green, and red – represent the union of the five continents and athletes from around the world coming together to take part in the event.

But this year, the rings symbolise more than that. They were made from wood that came from seeds brought to Japan by international athletes 57 years ago – the first time Tokyo hosted the Olympic Games. Wood from spruce and pine trees, brought as seeds from Northern Europe, Canada, and Ireland, was used to craft the rings using a traditional Japanese woodworking technique called Yosegi-zaiku.

This is very much in keeping with the ethos of this year’s Games. Tokyo 2020 has pledged to make them the most sustainable Olympics yet and declared that commitment to the 17 SDGs will be front and center.

Like the five Olympic rings, the Tokyo 2020 sustainability concept has five pillars: to use 100% renewable energy and to work towards zero carbon emissions; to aim for zero waste by reusing or recycling 99% of procured goods and adhering to the Sustainable Sourcing Code; to focus on the natural environment and biodiversity; to operate the Games in accordance with the UN’s Guiding Principles on Business and Human Rights; and to engage society to create Games that are open to all.

To this end, Tokyo 2020 has repurposed 25 of the original venues used in the 1964 Games. In an effort to reduce environmental impacts and increase sustainability, the Plaza at the Athletes’ Village is built using timber borrowed from local governments across Japan. At the end of the Games, the building will be dismantled and the wood returned to be reused in public buildings as a legacy in communities nationwide.

In nine short months, the XV World Forestry Congress will open its doors in Seoul, Republic of Korea, and once again, representatives from the five continents will come together. This time not athletes, but forestry specialists and policymakers who have the power to make decisions about the future of our forests.

Organised by the Government of the Republic of Korea and the Food and Agriculture Organisation of the UN (FAO), the Congress will provide a unique opportunity to consider the state and future of world forestry, particularly in the context of global recovery from the COVID-19 pandemic. Our forests are precious in the fight against the climate and nature crises. They also provide 86 million green jobs and support the livelihoods of many more. And around one-third of the world’s population – some 2.4 billion people – use woodfuel for cooking.

Thousands of participants are expected at the Congress, which has as its theme “Building a Green, Healthy and Resilient Future with Forests.” They have vital work to do on topics including halting deforestation, climate change mitigation and adaptation, and forests and human health.

The latest edition of the State of the World’s Forests will also be unveiled at the Congress, promoting discussion on how to move the world towards a sustainable circular bioeconomy. One pathway involves strengthening the sustainable consumption and production of forest products to replace non-renewable materials and sources of energy – just like the wooden Olympic rings in Tokyo.

The Olympics have always been a force to unite the world and to showcase the best of human ability. It is this spirit we need to take forward to protect our forests and secure the future of our planet. 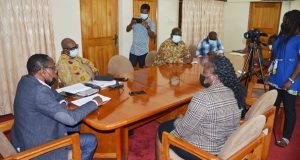 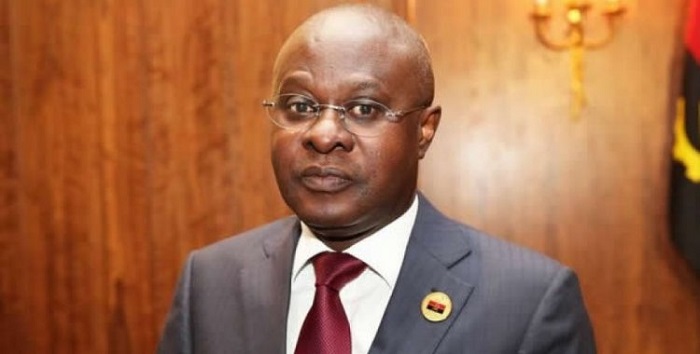 Angola’s forestry potential is estimated at 70 million hectares, which allows it to produce 600,000 ...