Why we can’t give mortgage loans to NHF contributors – FMBN

The Federal Mortgage Bank of Nigeria said on Friday that the monthly contributions to the National Housing Fund (NHF) by civil servants were inadequate to guarantee full and prompt access to the fund by contributors. 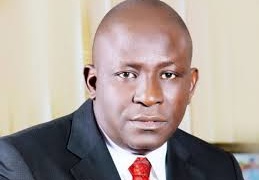 The FMBN’s Managing Director, Gimba Ya’u Kumo, stated this in an interview with the News Agency of Nigeria in Abuja.

Kumo urged the Federal Government to intervene in order to enhance more access to the fund by the contributors.
He said the FMBN needed adequate funds and support to enhance its services.
He said: “It is so because if you look at the NHF today, we have over four million contributors into the scheme, but if you look at the size of contribution, it is 2.5 per cent of their salaries.
“The total contribution is not enough to even give 100,000 contributors.
“That is why we have been complaining that we need Federal Government’s intervention.
“And the analysis runs this way: it means 250 contributors, contributing to the scheme for 10 years for one person to be able to access N15 million.
“And the Act provided that apart from the contributions the bank receives from the contributors to the scheme, government is supposed to be intervening on yearly basis.”
Kumo also said commercial banks that were supposed to deposit 10 per cent of their loan portfolio to the scheme were not doing so.
He said: “The Nigerian banks are supposed to be depositing 10 per cent of their loan portfolio to the scheme, but these had not been done over the years.
“Similarly the insurance companies have been mandated to contribute a certain percentage of their life funds and non-life funds, that’s policies 25 and 20 per cent, but these have not been done.
“The Central Bank of Nigeria that has almost 40 per cent of their shares in the bank since 2006 has not paid that shares, but (we) have been following up.
“I am happy that the government is putting in place funding for the bank and when that is done, we can see what we can do for Nigerians.”
Kumo commended the plans by the present administration to put in place funding for the bank, adding: “When t’his is done, Nigerians will benefit immensely.
“The issue is that 17 million (housing) deficits, the FMBN alone or Federal Government alone cannot meet up with that requirement.
“If you look at the new government policy to build one million houses every year, if that is done, it means that it will take government and other developers the next 17 years to close the existing deficit.
“And deficit continues to grow.
“So I think the housing situation is beyond the ordinary man’s comprehension because if we don’t intervene, we will be in the crisis situation in the next 15 to 20 years.”
Kumo said the population of the Federal Capital Territory in the past five to 10 years was not more than two million, but presently FCT had over seven million people.
He added: “So the houses available have been overstretched, facilities have been overstretched, transportation has been overstretched, including security issues.
“I believe with the steps to be taken by government now, we will soon feel the impact of the new housing policy.”
NAN.