Campaign to halt elephant poaching in Zimbabwe gets a boost

May 20, 2018 Comments Off on Campaign to halt elephant poaching in Zimbabwe gets a boost 1,028 Views

A Strategic Anti-Poaching Operations Centre located in the Chewore Safari Area in Zimbabwe has been handed over by Japanese Ambassador, Toshiyuki Iwado, to the Zimbabwe Parks and Wildlife Management Authority. 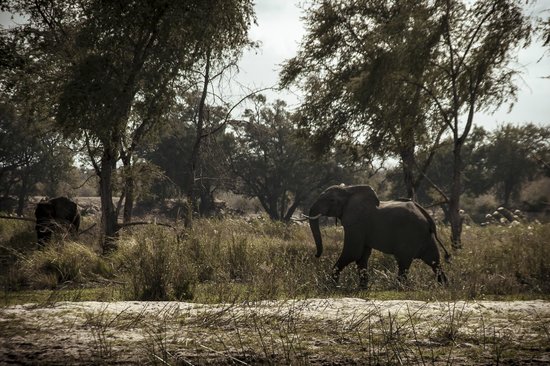 Elephants at the Chewore Safari Area in Zimbabwe

The centre serves as a post for field rangers conducting operations, and has significantly strengthened the Wildlife Management Authority’s capacity to address current and emerging threats impacting this important site of the CITES “MIKE” programme to monitor levels of illegal killing of elephants.

The Chewore Safari Area, a World Heritage Site, is one of the last truly wild ecosystems left in the world. The area provides shelter for immense congregations of Africa’s large mammal populations, which concentrate on its flood plains. However, the site faces a real threat from poaching and, in recent years, elephants have come under increasing pressure.

In 2016, seven elephants were reportedly poached between January and July in this area alone. In this context, the capability of the Zimbabwe authorities in keeping surveillance over, and preventing elephant poaching in the area has been enhanced through the establishment of the Centre, allowing for better and more secure planning and management of patrol activities by the rangers.

“The illegal wildlife trade is an urgent global issue. Japan is deeply committed to the cause of protecting elephants from atrocious acts by international criminal organizations and others. Thus, Japan attaches great importance to supporting range states, such as Zimbabwe, in the fight against elephant poaching, including through the assistance via the CITES MIKE Programme,” said Mr. Iwado, Ambassador of Japan to Zimbabwe. “Japan continues to make utmost efforts in implementing the trade control of ivory under CITES, and to work together with our international partners to tackle the problem of elephant poaching.”

In light of shared concerns in the international community about the poaching of elephants in Africa and the illegal trade in their ivory, the Government of Japan made a voluntary contribution of $60,000 for a project to establish the Anti-Poaching Operations Centre in the Chewore Safari Area of the Lower Zambezi Valley. The Centre has been operational since October 2017.

“Today we are witnessing an initiative that demonstrates the importance of collaborative work and all interested parties are bringing to conservation. This facility we are celebrating today plays an important role in easing patrol operations in the sub-region,” said Arthur Musakwa, Director, Conservation of the Zimbabwe Parks and Wildlife Management Authority.

“This project greatly complements the work undertaken by the CITES MIKE programme in the Chewore Safari Area in collaboration with the Zimbabwe Parks and Wildlife Management Authority and the Tashinga Initiative that implements the CITES MIKE programme in the area. We are therefore most grateful to the generous support of the Japanese Government,” said Thea Carroll, Coordinator of the MIKE Programme. “The CITES-MIKE Programme is supporting the Chewore Safari Area to strengthen its law enforcement capacity and systems aimed at reducing the illegal killing of elephants and other wildlife species.”

“The funding provided by the Government of Japan for the development of essential infrastructure needed to support management operations is invaluable. The investment and attention given to the area which is relatively remote and rarely visited has had a significant impact on the overall morale of the staff based in Chewore Safari Area by enhancing their capacity to effectively protect the area,” added Carroll.