May 21, 2015 Comments Off on Buhari urged to make tuberculosis control a priority 1,136 Views

Stakeholders working to reduce the burden of Tuberculosis under The Global Fund to Fight AIDS TB and Malaria grant to Nigeria have called on Gen. Muhammadu Buhari, the president-elect, to make TB control a priority when he assumes office as president. The call was made at the end of Quarter 1 2015 TB Grant Project Implementation review meeting held in Abuja from 12th to 13th of May 2015. 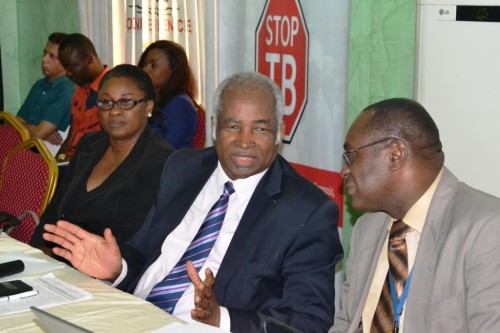 The stakeholders acknowledged the current support from government and immense contribution from development partners to TB Control in Nigeria and recommended adequate budgetary allocation and timely release of funds at federal, state and local government levels.

The group also called for intensified advocacy efforts to the highest level of government including the legislature and state governors. Chairman of the meeting, Prof. O. A Ladipo, President and CEO of Association for Reproductive & Family Health, maintained that tuberculosis remain a major public health concern in Nigeria. He said this was based on the result of the first national prevalence survey carried out in 2012 which revealed an overall prevalence rate of 326 per 100,000 population in Nigeria