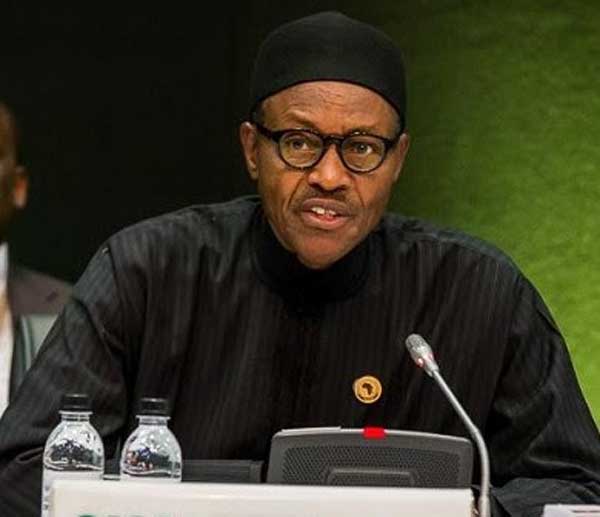 But something appears to be wrong somewhere.

This is the second time this event has been scheduled to hold. Mr President reportedly cancelled the first because, according to reports, he was unhappy over the fact that the proposed road was routed through the Cross River National Park, and had no environment assessment study. He did not seem to like the potential impact of the facility on the conservation spot, it was gathered.

Speedily, Cross River State officials went back to the drawing board and came up with a new road plan that has apparently avoided the National Park. Satisfied, they rescheduled the event and invited Mr President and dignitaries from home abroad.

But, alas, it has been discovered that the superhighway has been re-routed from the Park and into a UN-REDD+ pilot site, precisely through critical forest communities like Ekuri, Etara and Eyeyen. Ekuri is said to have the largest community-owned forest in Africa.

Observers fear that the superhighway passing through a UN-REDD+ pilot site will compromise the integrity of both the programme and Nigeria as a whole as a participating country.

“An EIA (environmental impact assessment) report could have provided answers to some of them but there is none,” said a source close to the UN-REDD+ project.

The highway, which will stretch from Calabar through Obudu to the North, is one among the three legacy projects promised by Governor Ayade during his governorship campaign.

The road project has reportedly kicked off with massive deforestation in Obung/Nsan Community in Akamkpa Local Government Area with heavy duty equipment/bulldozers deployed at project site.

President Buhari rejected the state government’s initial invitation to perform the project’s groundbreaking ceremony on the grounds of non-conformity with environmental standards.

Mr President, in a statement, had said the project had no EIA conducted and therefore should not go on.

In a reaction, the Environmental Rights Action/ Friends of the Earth Nigeria (ERA/FoEN) commended President Buhari, saying that he deserves kudos for turning down the groundbreaking of the project.

The ERA/FoEN stated that investigations reveal tensions and anxiety in the Obung/Nsan Community in Akamkpa Local Government Area over the development because, according to the organisation, the road project is anticipated to lead to massive deforestation, degrade biodiversity and contribute to climate change.

ERA/FoEN Executive Director, Godwin Ojo, stated: “The present administration has shown a clear sense of responsibility and commitment to the cause of the people and environment by turning down Governor Ayade’s invitation to perform the groundbreaking ceremony of a project that was set to take off with no consultation whatsoever with the people and no EIA conducted.”

Ojo explained that the National Park has one of the oldest pristine rainforests in Africa, and has been identified as a biodiversity hotspot with rare primates, which includes chimpanzees, drills and gorillas hence must not be disrupted.

He adds: “While we hail President Buhari for rejecting the project we want this administration to go further by demanding the Cross River government make public the mandatory Environmental and Social Impact Assessments (ESIA) that meet the standards of the Federal Ministry of Environment legislation and made public for citizens participation.

“The solution to the traffic challenge and opening up Calabar to commerce is dualising the Calabar-Ikom-Obudu Federal Highway that is already in existence. As a first step, the route of the new road should be discussed and planned openly with civil society groups, management of the National Park, and other stakeholders.”

Going further, he suggests that the Federal Government should upscale the value of the national park to a UNESCO Man and the Biosphere (MAB) Reserve and a World Heritage Site (WHS) to prevent on-going and future encroachments.

He underlines the need for the Federal Government to urgently resolve the boundary of the Oban Division of the national park to be generally acceptable to all parties, the state, communities and the park institution.

Also in a reaction to the development, Ako Amadi of the Community Conservation and Development Initiatives (CCDI) said: “We are contending with a catastrophe that puts Nigeria’s efforts at natural resource management and disaster risk reduction in jeopardy. A modern highway through largely primary forest opens up several practical possibilities for the rapid destruction of an ancient system that houses immense biodiversity and carbon stocks.

ALSO READ:  Concern as leaders depart, negotiators get to work

“Why do our governments wait for the slightest opportunity to desecrate natural environments, but at the same time spend huge sums of money on urban lawns and gardens, and golf courses that are never properly maintained anyway? The day we spend our own taxpayers’ money on nature conservation, and not depend exclusively on international development agencies we probably would then place a premium on protecting forests.”

Paddy Ezeala, former spokesperson the Cross River National Park and the Nigerian Conservation Foundation, remarked: “This so-called super highway has been on the cards of government for more than 25 years. I wrote one of the initial press releases calling for expeditious action in the establishment of the Cross River National Park. I eventually became the first press officer of the Park when it was established. We feel pain at seeing those efforts going up in smoke owing to a chain of environmentally-untoward activities and decisions of those who think they are hungrier for ‘development’ than the rest of us.

“Something drastic and comprehensive has to be done about the management of our National Parks and other protected areas. Nobody would have thought of putting a highway through the National Park if conservation had taken its rightful place in the consciousness of Nigerians.” 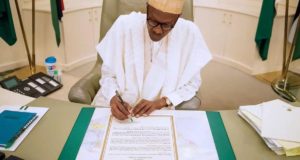