Buhari joins other world leaders at opening of climate summit

December 3, 2018 Comments Off on Buhari joins other world leaders at opening of climate summit 859 Views

President Muhammadu Buhari on Monday, December 3, 2018 joined other world leaders at the United Nations Climate Change Conference in Katowice, Poland for the ceremonial opening of the summit. 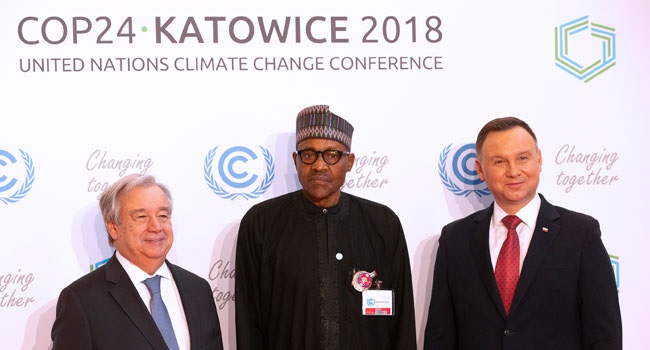 President Buhari is expected later during the conference to deliver a national statement highlighting Nigeria’s commitment to addressing climate change by implementing the goals set out as part of the nation’s contributions.

The conference is expected to finalise the rule book in the implementation of the Paris agreement on climate change reached in December 2015 in France.

Governor Yahaya Bello of Kogi State, Governor Abubakar Bello of Niger State and Governor Ifeanyi Ugwuanyi of Enugu State are also in Poland with the President.