Foremost development finance institution, Bank of Industry (BoI) in a collaboration with the United Nations Development Programme (UNDP), recently commissioned 48KW pilot model off-grid solar home systems in two rural communities in the North-East and South West zones of the country. Olufemi Adeosun writes that the initiative will not only help to cater for the energy needs of the people in these areas, but also preserve the environment 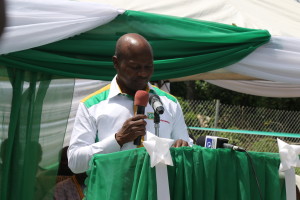 While inadequate supply of electricity has been identified as one of the factors responsible for collapse of industries in the country, little has been said about its impacts of on the lives of thousands of rural dwellers who are not connected to the national grid and, as such, denied access to basic amenities that make life worth living.

In order to meet their energy needs, these neglected members of the society are consigned to hewing firewood for cooking, rely on kerosine lanterns and oil lamps for illumination, as well as adopt other sources of power which are not only inimical to their healthy, but also harmful to the environment.

It is these thousands of off-grid communities that the BoI is targeting through its Solar Energy Partnership with the United Nations Development Programme (UNDP). Under the programme, the development finance institution is providing long-term financing for the installation of off-grid solar home systems in six communities under a pilot phase.

The decision of BoI to fund renewable energy projects, company officials say, is in line with the policy direction of the present administration. According to them, apart from being the first President that openly  made concerns for climate change as part of his campaign issues, Mohammadu Buhari had during the Nigeria Alternative Power Expo (NAEE), called on investors in the power sector to shift emphasis towards environment friendly alternative sources of power generation in order to protect the ecosystem.

The over 200 rural dwellers in each of the communities captured under the project are expected to have sufficient solar electricity to power three LED light bulbs, one electric fan, one radio/TV set and a mobile phone charging system. Unlike in the grid system in which electricity bill is by fiat, the solar power system will be anchored on Pay-as-You-Go prepaid technology.

BoI Managing Director, Mr. Rasheed Olaoluwa, underlined the need to impact on the lives of thousands of people in remote villages that are not connected to the national grid, saying that this was the driving force behind the project. According to him, the rural electrification solution would not only help in reducing the rural-urban migration, it would help to preserve the lives of the people as well as the ecosystem.

He said, “Those that are worse hit by the current electricity situation in the country are the rural communities, especially the off-grid areas which have always been without electricity and have resigned their fate to the use of kerosine lanterns, oil lamps and other types of dangerous and unhealthy sources of light to be able to live their daily lives.

“Firstly the installation of off-grid solar home systems in the two communities will help develop the communities. Secondly, we can begin to see a slowdown in rural-urban migration, and possibly a reversal. It is a model we are deploying in six communities across the six geopolitical zones.

“Solar is a green energy that relies on energy from the sun. The solar panel stores energy and the one that is not used during the day is stored in a battery. It is a self-sustaining model, environmentally friendly and we are proud to be supportive of the process.”

Olaoluwa, who said the bank’s medium term vision was to install solar systems through the combination of micro-grid and stand-alone solar systems in 100,000 homes in the next five yearss, also expressed his readiness to partner with state governments and private investors with a view to replicating the project in other communities across the country.

While urging the nation to tap into the abundant renewable energy sources in the country, he emphasised: “Renewable energy such as hydro, wind and solar are growing in relevance and commercial adoption on a global scale. The critical role of renewable energy was re-emphasised at the G7 summit which held in June 2015, where the leading industrial nations agreed to decarbonise the global economy by phasing out the use of fossil fuels by the end of this century.”

An environmentalist, Dr. Patric Tolani, noted that the project would help to stem the tide of deforestation occasioned by felling of trees to generate energy. He said that preliminary studies carried out by Community Energy Africa had revealed that the project was also capable of offsetting thousands of carbons per year.

He added, “A cursory look at this community will no doubt reveal that the people depend wholly on wood and kerosine for their energy needs. In this case, they rely on trees, which they constantly cut down for domestic use, causing deforestation with its attendant consequences on the lives of the people and the environment. Having a project like this will offset carbon that goes to the environment.

“Also, against the backdrop of the community reliance on lanterns, people inhale a lot of smoke in the process and that definitely affects their health. We have calculated that, through this project, we are going to offset several thousands of carbon units a year. And I can assure that the offset, in the near future, can translate into carbon credit which I can categorically say can be fed back into the community for development.”

On ways of ensuring the sustainability of the project, Tolani, who is also the Chief Executive Officer, Charity Aid and Development Foundation for Africa, explained that, apart from the fact that GVE, the project contractor, would be available to provide a stand-on assistance in the engineering aspect, the most viable way to make it enduring was through community ownership.

His words: “This commissioning will not end the relationship, GVE would have their engineers here, like the one in Igbeke. The one in Igbeke has been running now for three without one day downturn. This project will be run by GVE Project Limited to manage the engineering aspects. The good thing about solar is that you don’t need to buy diesel, you don’t need to buy any fossil fuel. It is from the sun.

“However, it is also important we make the community part of the project so that they see it as their own. We are looking at the opportunity of issuing shares to members of the community so that they can see the asset as their own. They can have share ownership, and not just that, shared posterity. I can say to you that if we are able to work that out, when there is profit, they will get dividend,” he added.

Managing Director, GVE Project Limited, Ifeanyi Orajaka, stated that the project would help the beneficiaries to conserve money, adding that the cost of purchasing kerosine lamp, candles and generators was capable of constituting a strain on the pockets of ordinary people.

He noted, “Before now, this community used to rely on kerosine lamps, candles and generators. You and I know that, apart from being unclean and unhealthy to both human and the environment, they are generally expensive to operate. But, with this solar energy system, they are now introduced as a clean, reliable and affordable power solution.”