February 26, 2018 Comments Off on Biosafety agency to train journalists on GMOs 951 Views 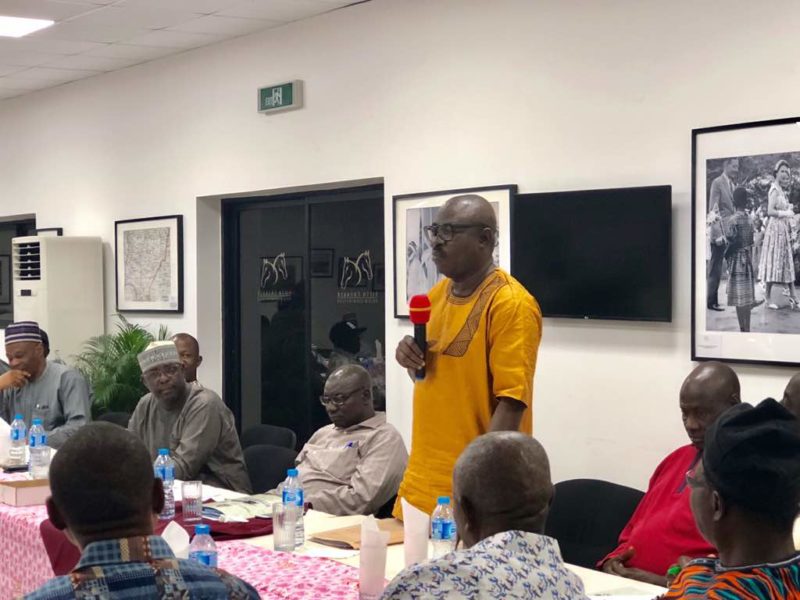 Ebegba said this in an interview with News Agency of Nigeria (NAN) on Monday, February 26, 2018 in Abuja.

He said that the agency was ready to support all efforts aimed at promoting sustainable livelihoods via better understanding and safe use of science and technology.

“The training will give journalists the insight into what GMOs are all about, while updating them on the workings of biotechnology.

“It is the responsibility of journalists and communicators to ensure that science is better understood and exploited for national development and sustainable livelihoods.

“Journalists should also be objective; they should and avoid sensationalism in their reportage of national issues,’’ he said.

Ebegba urged journalists to support the efforts of NBMA to ensure the safety of genetically modified (GM) products that were consumed by people, their health and the environment for the good of the society.

He said that some individuals were feeding the media with unfounded information so as to cause panic and instil fear about GMOs in the citizens.

“Of late, groups parading themselves as representatives of civil society organisations and farmers have been going around, leading protests for the repeal of the NBMA Act.

“There is no iota of truth in what they are saying and I call on the media to probe them and cross-check the information they are reeling out,’’ he said.

The director-general said that the same people calling for the scrapping of the agency were part and parcel of the processes that produced the NBMA Bill and its passage by the National Assembly.

“So for them to now turnaround and say that the NBMA Act is weak and defective or that government should scrap the agency is unpatriotic.

“The issue of bio-safety is purely scientific and NBMA is prepared, in terms of manpower and facilities, to regulate bio-technology processes and applications,’’ he said.

Ebegba said that the agency was prepared to regulate bio-technology processes and applications with scientific tools and not sentiments, adding that its actions would, therefore, be guided by evidence-based scientific results.

“We will not be distracted by any sponsored campaign seeking to misinform Nigerians and we will continue to carry out our mandate, as stipulated in the NBMA Act,’’ he said.

He said that apart from its public enlightenment programmes, NBMA had the requisite personnel, tools and legal backing to carry out its regulatory functions.

“The bottom-line is that Nigeria has the facilities and personnel to properly regulate modern biotechnology; we only need your cooperation.

“It is my hope that after the training, the media will be in a better position to teach the people about safe science and biotechnology applications, while promoting the reorientation of the public on GMOs,’’ he said.

Ebegba said that the agency had been striving to educate the public and the media about its regulatory functions as to modern biotechnology processes and applications in Nigeria.

“Accurate and scientifically-proven communication will help in analysing the benefits of modern technologies,’’ he said.

He said that NBMA had created a vibrant and interactive website (www.nbma.gov.ng), as well as active social media platforms like Facebook and Twitter to enable the public to have accurate information on its activities.

Ebegba said that the agency had been providing evidence-based information about bio-safety through these platforms to the public.

He stressed that NBMA was an unbiased umpire in matters relating to GMOs in the country.

“Our key responsibility is to serve as an unbiased umpire to ensure that the practice of modern biotechnology is safe for the citizens, while boosting the nation’s economy,’’ he said.

He said that the agency was not established by the Federal Government to stop or promote GMOs, adding that its mandate was to ensure that GMOs were safe for human consumption and the environment.

“Biotechnology is very crucial to our national economic efforts, as it will bring about more agricultural yields, while boosting food sufficiency in Nigeria and profits for its farmers,’’ he said.