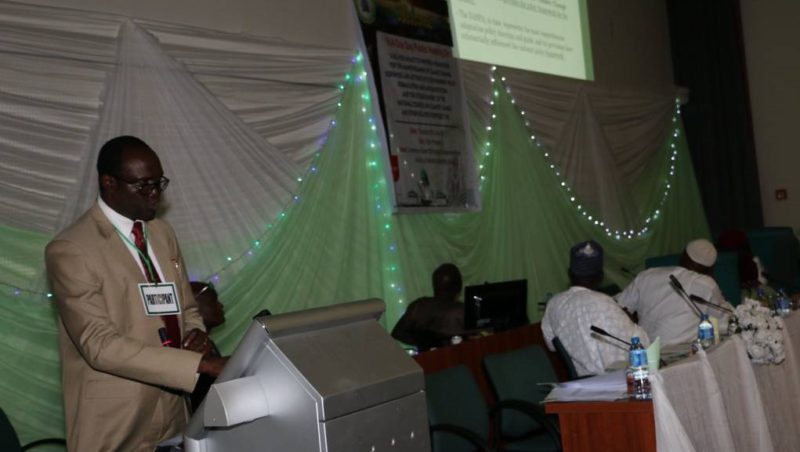 At a Public Hearing at the National Assembly Complex on Thursday, July 20, 2017, the “Bill for an Act to Provide a Framework for the Mainstreaming of Climate Change Responses and Actions into Government Policy Formulation and Implementation, and the Establishment of the National Climate Change Council; and for Other Related Purposes” was the subject of discussion wherein legislators and other participants sought to make an input into the proposed legislation.

Among other provisions, the bill seeks to establish a National Council on Climate Change, which is expected to be a body corporate, and operate as a juristic person.

In a presentation at the forum, Dr Eugene Itua, Chairman, Panel of Experts that drafted the bill, stressed that, besides ensuring the mainstreaming of climate change development plans, strategies and programmes, the Council will also guarantee public participation in mainstreaming the effects of climate change.

“While overseeing the implementation of sectoral targets and guidelines for the regulation of greenhouse emission and other anthropogenic causes of climate change, the Council will likewise identify and mobilise financial resources to support climate change actions including the establishment of appropriate mechanism for the administration and management of any such resources including any Climate Change Fund,” he stated.

According to him, the need to protect Nigeria’s climate is long overdue, adding that the best remedy and approach is through a very strong and sustainable legislation.

“Global response on climate change has been encouraging and, Nigeria, being a signatory to the Paris Agreement, must come out with legislation pursuant to that agreement. This bill provides the basis for further stimulating adequate responses and reaping the benefits therein for the nation,” Dr Itua, a safeguard specialist, stressed.

Experts believe that a National Climate Change Law would go a long way towards addressing enevironment and development challenges.

The National Adaptation Strategic Plan of Action (NASPA) is said to represents the nation’s most comprehensive adaptation policy direction and guide. It was developed in 2011 through a multi-stakeholder process comprising the Federal Ministry of Environment, United Nations Development Programme (UNDP), coalition of civil societies and community based organisations.

Forty-nine days after President Buhari on Tuesday, March 28, 2017 in Abuja signed the instrument of ratification of the Paris Agreement, Nigeria’s endorsement of the global treaty took effect on Tuesday, May 16, 2017 when the country officially presented the authorisation.

Hitherto in 2009, the 6th National Assembly passed a Bill for the establishment of a National Climate Change Commission, but this never came to fruition.

The 7th National Assembly made an attempt to revive the Bill with some amendments; this too never saw any success.