Speaker, Benue State House of Assembly, Terkimbi Ikyange, has charged the people of the state to take early flood warnings seriously by avoiding flood-prone areas and desist from building in such areas. 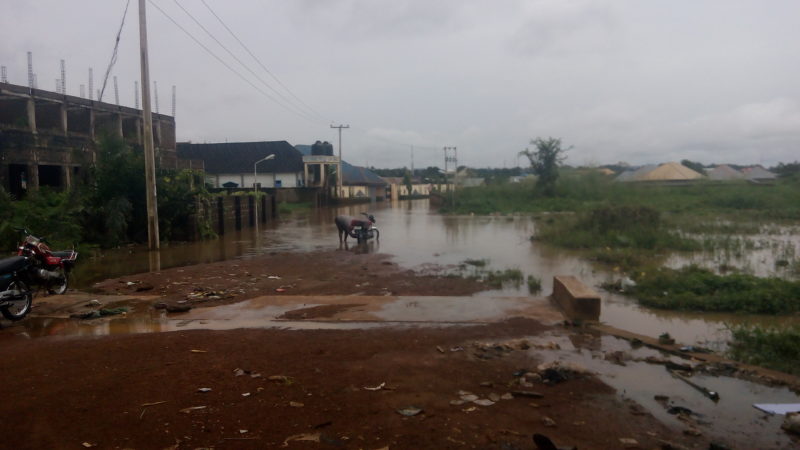 The Speaker, who gave the charge on Monday, August 28, 2017 while addressing newsmen after he led Principal Officers of the Assembly to inspect flooded areas in Makurdi, the Benue State capital, stated that the issue of perennial flooding in the metropolis is made worse by residents’ illegal building activities and indiscriminate dumping of refuse in drainage systems, among others.

Stressing further, Mr Ikyange, who sympathised with the affected residents, commended the prompt response by the Benue State Governor and other agencies of government in the aftermath of the flood.

Addressing the Assembly Leadership at the submerged Radio Transmitter House, Director General, Radio Benue Corporation, Mrs Espei Ushe Uba, called on government to hasten action on preventing indiscriminate building on water-ways, which she said is one of the causes of flooding.

Earlier, a resident of New Kanshio Layout,  Mr Anyam Adzegeh, who lamented the half-washed bridge leading into the community, sued for government’s quick response in re-building it as, according to him, residents’ communal efforts so far cannot sustain its existence, such that they would be cut off from the town.