The Shell Petroleum Development Company of Nigeria Ltd operated Joint Venture (SPDC JV) has said its commitment to the welfare of host communities in the Niger Delta remains unshaken, even as it decried the illegal occupation of Belema Flow Station and Gas Plant on Friday, August 11, 2017 by some persons. 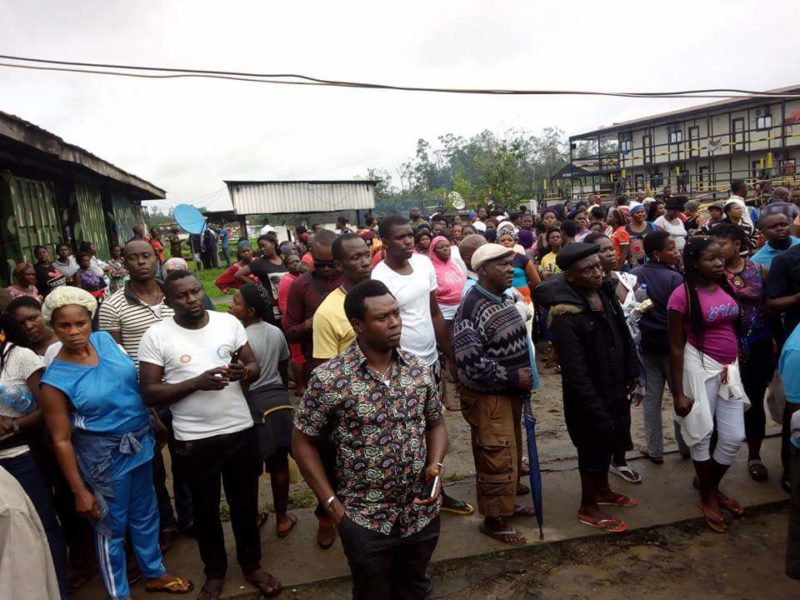 Protesters listen to an address

SPDC has informed the authorities of the illegal occupation and said in a statement on Friday that it is working towards resuming safe operations there.

The people of Belema/Offoin-Ama in Kula kingdom took over the Belema Flow Station in the early hours of Friday. The take-over was done during a protest demanding SPDC to leave the facility.

According to the protesters, SPDC has been operating the Belema Flow Station for over 37 years and yet there is no visible development in the host community. They claim they lack: portable water, good roads, health facilities, scholarships and employment, among others.

But Shell has debunked allegations of neglect of communities in Kula kingdom and Belema in Rivers State, saying that it had implemented a Global Memorandum of Understanding (GMoU) in the area that led to a wide variety of social investment projects, including university scholarships awards.

It explained that the Rivers State Government initiated a mediation process for the resolution of the disagreements in the community, which had resulted in the creation of the Kula Project Implementation and Monitoring Committee (PIMC) in 2012. The PIMC, it was gathered, served as an interim platform for the delivery of social investment initiatives and programmes worth N263 million in the Soku-San Berth Project. These projects are said to be separate from the GMoU projects initiated by communities using funds provided by the SPDC JV.

A GMoU was eventually signed in 2014 for the Kula Cluster but has not been implemented because of continuing intra-community disagreements. As at 2015, there were a total of 11 court cases involving different groups with SPDC as a co-defendant in all of them.

“Sadly, these legal suits and disputes have rendered it impossible to implement more planned development projects in the affected communities,” said SPDC’s General Manager, External Relations, Igo Weli, while commenting on the allegations of neglect. “Notwithstanding that SPDC has divested its equity in OML 24, which covers most of the communities in Kula and Belema, the SPDC JV has continued to implement agreed Social Investment programmes such as scholarship and entrepreneurship schemes for the communities there.”

Despite the challenging environment, the SPDC JV said that it set aside over N600 million for a five-year period beginning 2014 for development initiatives at Kula and the satellite communities of Belema, Offoinama and Boro. SPDC JV said it also invested over N352 million in the improvement of school infrastructure, sanitation and health outreach programmes, construction of walkway for the community and electricity supply in Kula Kingdom in the past 10 years.

“The host communities of OML 25, including Belema and Offionama, have continued to benefit from contract awards, employment of unskilled labour and our social investment programmes, including yearly award of regular and special scholarships to eligible candidates from the area. With the divestment of its interest in OML 24, SPDC relinquished operatorship of the facilities in that field,” disclosed SPDC.

“The SPDC JV partners have contributed $29 billion to the economic growth of Nigeria between 2012 and 2016. SPDC JV is currently supporting the various GMoU Cluster Development Boards and mentoring NGOs to deploy a total of N7 billion for development projects of host communities’ choice in the Niger Delta under the GMoU programme.”