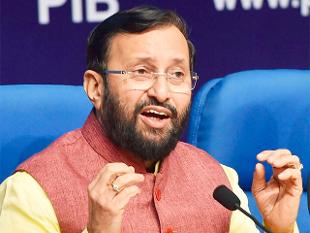 The bloc, formed by an agreement on 28 November 2009, made the submission on Thursday (7 April 2016) at a Joint Statement issued at the close of the two-day 22nd BASIC Ministerial Meeting on Climate Change held in New Delhi, India.

The ministers welcomed the adoption of the Paris Agreement under the United Nations Framework Convention on Climate Change (UNFCCC) and acknowledged that the 21st Conference of Parties (COP-21) held in Paris in December 2015 marked a milestone in global climate cooperation. They underlined that the Paris Agreement is meant to enhance the implementation of the Convention and is comprehensive, balanced and ambitious. It also reiterates the principles of equity and common but differentiated responsibilities and respective capabilities (CBDR & RC).

The ministers appreciated the role of the French Presidency in carrying all Parties together and ensuring the successful adoption of the Paris Agreement at COP-21. They also commended the role of BASIC and G-77 & China groups in negotiating the Paris outcomes and securing interests of the developing countries. They reaffirmed the commitment of BASIC countries to G-77 & China and expressed their appreciation of South Africa’s chairing of the group.

The ministers underlined that the Paris Agreement recognises the imperatives of sustainable patterns of consumption and production, with developed countries taking the lead, and the importance of climate justice, in strengthening the global response to the threat of climate change.

The ministers commended the efforts by BASIC countries and other developing countries in tackling climate change, both pre- and post-2020, and emphasised that these represent far more ambitious efforts compared to their respective responsibilities and capabilities.

The BASIC countries look forward to signing the Paris Agreement on 22 April 2016 during the High-Level Signature Ceremony convened by the Secretary-General of the United Nations. They expressed their will to initiate necessary domestic processes for ratification, acceptance or approval as soon as possible with a view to facilitate the timely entry into force of the Agreement, and urged other countries to do so as well.

The ministers reiterated the importance of pre-2020 actions in building trust amongst the Parties and noted with concern the pending ratification by many Annex I Parties of the Doha Amendment, which establishes the second commitment period of the Kyoto Protocol. They urged Annex I Parties to both ratify and revisit pledges of Quantified Emission Limitation and Reduction Objectives (QELROs) to close the emission gap. They also emphasized that raising pre-2020 ambition on other pillars of the Convention (viz. adaptation, finance and technology and capacity building support) will pave the way for the implementation of the Paris Agreement.

The ministers reiterated that Parties’ contributions, termed as “Nationally Determined Contributions” (NDCs), are to be country driven and comprehensive. The ministers reflected on the importance of adaptation and means of implementation as key elements of Parties efforts under the Agreement.

The ministers also underscored the need for financial support to developing countries for effective implementation of their mitigation and adaptation actions through accelerating the work on the new Technology Framework and the Technology Mechanism including its assessment for a meaningful and tangible dissemination, transfer and deployment of technology from developed to developing countries. They also emphasised on the role of innovation and international cooperation in enhancing global actions.

The ministers emphasised the importance of building on the existing transparency framework under the Convention, for effective implementation of the Paris Agreement and reiterated the importance of providing support and flexibility to developing countries, including through the Capacity-building Initiative for Transparency, in fulfilling their obligations under the proposed enhanced transparency framework. The ministers further underlined that transparency of support is a fundamental aspect of the implementation of the Paris Agreement and that the consideration of this issue should not be outsourced to other entities. They also reflected on the need to focus on the qualitative aspects of climate finance on transparency of support.

The ministers identified means of implementation in the context of provision of finance, technology transfer and capacity building support as the most important enablers of action for developing countries. The ministers expressed their concern over the lack of adequate support in this respect and urged developed countries to honour their obligations under the Convention.

The ministers noted that the next session of the SBI, SBSTA and Ad Hoc Working Group on the Paris Agreement will be deliberating on a number of issues related to the Paris Agreement. In this regard, the ministers hoped that issues under these bodies will receive balanced treatment and pledged their support to the incoming COP Presidency of Morocco to ensure a successful COP-22.

The BASIC countries expressed concern that the draft proposal on Global Market Based Measures (GMBM) under the International Civil Aviation Organisation (ICAO) may impose inappropriate economic burden on developing countries, where the international aviation market is still maturing. They urged the ICAO to develop climate change measures in a manner that is consistent with the principles of CBDR & RC, and to align the GMBM with the relevant provisions of the Paris Agreement.

The ministers agreed to further strengthen the cooperation and solidarity among the BASIC countries.