An Australian farmer who shot dead an “iconic” 100-year-old crocodile because he was “sick of losing cattle” has been fined $8,000 (10,000 Australian dollars). 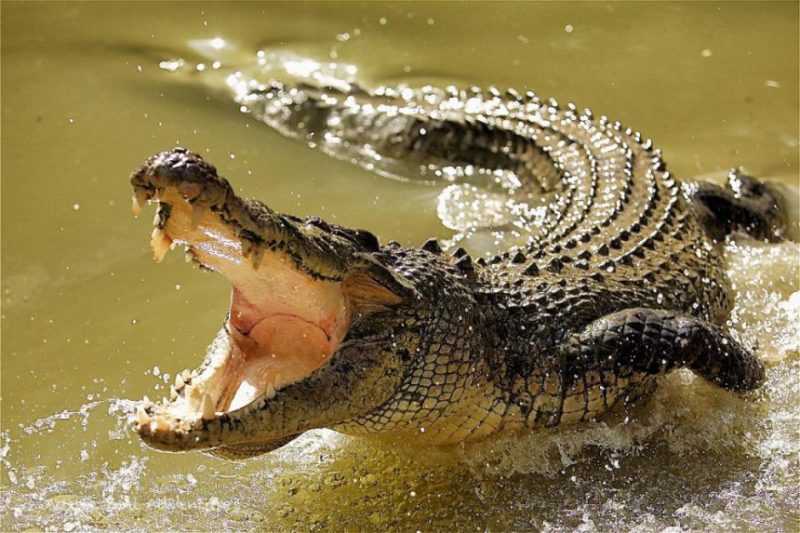 The 5.2-metre crocodile was shot between the eyes in a river next to a farm in Rockhampton in central Queensland in September, 2017.

Luke Orchard, 31, pleaded guilty in court but said he was sick of the animal taking his calves.

He argued that he was protecting cattle at Belmont Research Station, where he was working.

Jess King, a police prosecutor, told the court that experts estimated the crocodile was about 100 years old, making it rare and of cultural significance to the region.

Crocodiles are protected animals in Australia.

They cannot be killed without authority from wildlife officers unless they pose a threat and the penalty for killing “iconic” crocs, which are more than five metres in length, is higher.

Wildlife experts warned that the death of the large crocodile would create a power vacuum in the local river ecosystem, resulting in young crocs becoming more aggressive as they battle for territorial dominance.

Rowan King, Orchard’s lawyer, said the property stretches for 13 kilometres along the Fitzroy River and it was the primary source of drinking water for the cattle in Orchard’s care.

But the Department of Environment never received any official report of livestock being taken from the property, the court was told.

“You knew that it was a protected animal, you knew there was a process by which the presence of the animal on that property could have been reported to authorities,” Judge Jeff Clarke said.