Acting auditor-general for the federation, Florence Anyanwu, has said that environmental audit of the River Niger will begin soon to prevent it from drying up like the Lake Chad.

She said this on Tuesday in Abuja during the 6th Annual Meeting of African Organisation of Supreme Audit Institutions Working Group on Environmental Audit (AFROSAI WGEA). The theme of the meeting is “Working together for a healthy and sustainable environment in Africa.’’

Anyanwu said that the River Niger was drying up gradually on the Onitsha side and that it was also frying up some countries where it flowed from.

She said that Nigeria represented the largest coastal area of the river and that there were lots of economic activities that it represented.

Her words: “There is also a whole lot of prospective power and navigation activity, so it is very relevant and important even in terms of agriculture. We do not want to sit back and watch what happened to Lake Chad to happen to River Niger.

Anyanwu said that, at the end of the meeting, the commencement of the auditing would begin, adding that “although the policy itself and the agreement to start that audit have already been adopted by the AFROSAI WGEA”.

In her speech, Chairperson of AFROSAI WGEA, Mrs Mbah Fomundam, said that the meeting would address issues of wild legal poaching and illegal trade, bio-diversity and plastic pollution.
She said that for some years now environmental sustainability had become a global challenge that was synonymous to responsibility towards future generations.

“It therefore behoves on the SAIs to make sure that the governments are implementing the policies, because the environment is not only for us but for posterity, for the future, our children and our grandchildren.

“In this regard, good governance is important in ensuring that commitments taken in the area of environmental protection and sustainable development produce credible results,” she stated.

Fomundam said that the results of the audit of the Lake Chad had been submitted to the different governments, and that these governments would meet to know the next step to take.

“The audit report was to look at the laws of each country, the international laws adopted as far as the Lake Chad is concerned or the environment concerning water and forestry. “What laws have been adopted, what has the countries done to implement these laws, are they respecting these laws?’’

Declaring the meeting open, the Minister of Environment, Amina Mohammed, said that environmental auditing was an essential component of sustainable environmental management. Represented by the Director of Forestry, Philip Bankole, she said that such audit provided the mechanism to know what had gone wrong over time while highlighting the need for urgent policy action.

She, however, said that the protection of the environment was the responsibility of all and that government would continue to provide the enabling atmosphere for sustainable environmental management.

Tassilo Droste, Technical adviser to AFROSAI, in his remarks, said that the report on the drying-up of Lake Chad was so important and that it was time for the recommendations to be implemented.

According to him, Lake Chad has become smaller than it was 40 years ago and as a shallow lake without sufficient rain, if it does not replenish fully will not serve its purpose. “So the lake is smaller than it used to be and that happens in a context where there is more population; so you can imagine less water and increasing population at the same time.

“That means that there is more pressure on the environment, so more people have to share less water and that is obviously problematic.” Droste said that there was a multiplier effect to the drying of the river because people lived on fish and agriculture which needed water.

“If people do not have them, people would be forced to move into the big cities and there may be conflicts because of migration and so these are linked to how we manage the water in the Lake Chad area.’’

The meeting which began on Monday ends on Thursday. 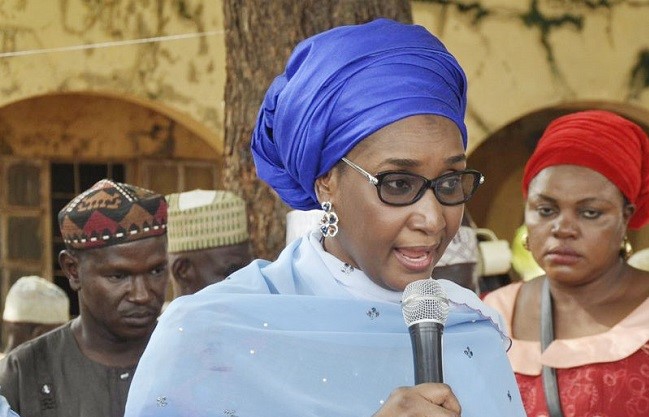 The Federal Government of Nigeria on Monday, June 15, 2020 inaugurated a National Steering Committee ...