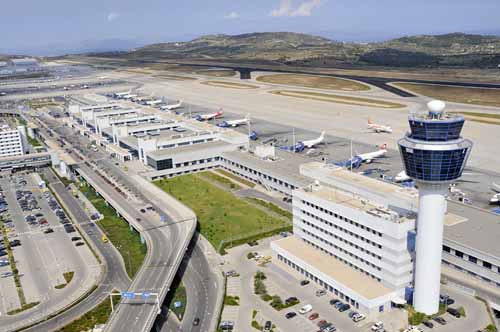 Niclas Svenningsen, who heads the Climate Neutral Now initiative at the United Nations Framework Convention on Climate Change (UNFCCC) Secretariat in Bonn, Germany, says: “The news that Athens International Airport has become carbon neutral through Airport Carbon Accreditation is a great way to kick off 2017.

“The ambitious efforts of a growing number of carbon neutral airports are testament to how seriously this industry is working on addressing its direct impact on climate change.

ALSO READ:  Could COVID-19 be the ambitious action required to achieve Paris Agreement?

“With 25 European airports now carbon neutral, the airport industry is already halfway towards meeting its pledge at COP21. We look forward to more progress in the year ahead.”

Across the four available levels of the Airport Carbon Accreditation programme, there are currently a total of 180 airports, working to address their CO2 emissions. These airports welcome 37.3% of global passenger traffic.

According to ACI, since its opening in 2001, Athens International Airport has had an ardent and ever-evolving environmental agenda.

Among other things, it was one of the first airports to invest in solar technology, building a €20 million photovoltaic park on the airport site, as a source of clean, sustainable power.

It was also among the early adopters who became accredited in the very first year of the Airport Carbon Accreditation programme (2009), renewing and successfully upgrading its certification over the intervening years.

ACI Europe’s director general, Olivier Jankovec, enthuses: “I am delighted for Athens International Airport (AIA). Since its inception, AIA has been an ambitious and worthy addition to the European airport network – one that is always looking to innovate and push the boundaries of excellence in all aspects of airport management and efficiency.

“In that spirit, it was one of the earliest advocates of the need for a carbon standard for the airport industry and has been an active participant in the Airport Carbon Accreditation from the very outset.

“So, my heartfelt congratulations to all the team at AIA on their achievement of becoming carbon neutral – another of their ambitions realised!”

“By achieving carbon neutrality, Athens International Airport continues to tangibly demonstrate its commitment to the fight against climate change,” he says.

“We are proud to be among leading airports, not only as a major economic engine, but also through our reduced ecological footprint thanks to the environmental awareness and complementary efforts of our colleagues and partners across the airport community.

“Athens Airport managed to drastically reduce its carbon footprint, from 2005 through 2015, following a years-long effort to diminish energy consumption in its installations, through a number of interventions and investments in more efficient equipment among other actions.

Like Loading...
2017-01-14
admin
Previous: Our concern ahead COP23, by Fiji
Next: Paris Agreement: New platform to give indigenous peoples a voice