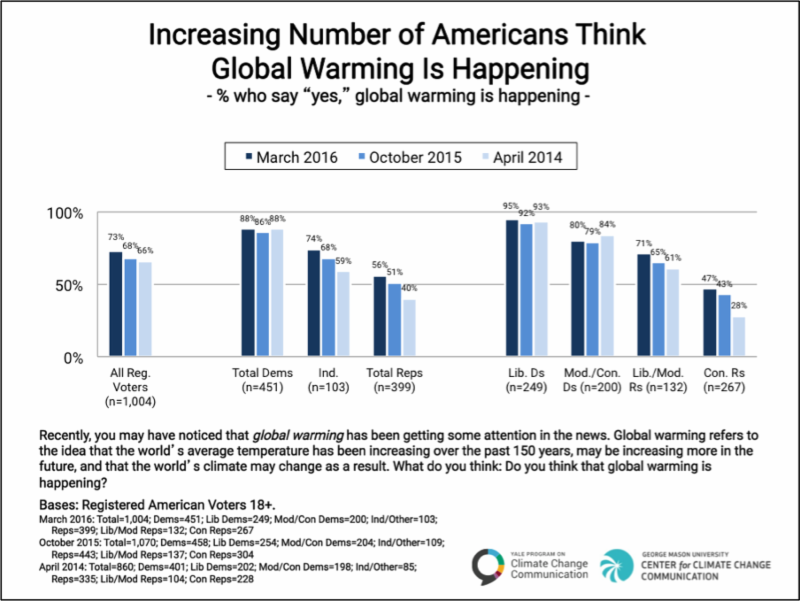 The COP21 agreement, the record-warm winter, and media coverage have likely contributed to growing public awareness. Our studies also find that Pope Francis, with his call for climate action, had an impact on the American climate change conversation.

Other key findings include:

Majorities of American voters support policies to reduce carbon pollution and dependence on fossil fuels, and to promote clean energy. For example, more than two in three voters support requiring fossil fuel companies to pay a carbon tax and using the money to reduce other taxes such as income taxes by an equal amount (68% of all registered voters, 86% of Democrats, 66% of Independents, and 47% of Republicans).

The Department of Climate Change (DCC) of the Federal...

Speaking at the Trees from Art Climate Change forum...