African governments have been called upon to adopt a declaration to affirm their commitment to the acceleration of implementation of the Paris Agreement, and condemn the decision by the United States to withdraw from the Paris Agreement. 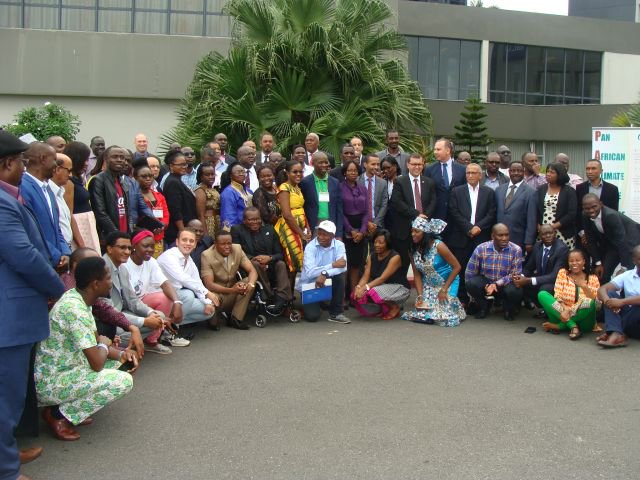 The call was made on Thursday, June 15, 2017 in Libreville, Gabon in a statement issued by the African Major Groups and Stakeholders to the 16th Session of the African Ministerial Conference on the Environment (AMCEN).

While calling on African governments that have not yet ratified the Agreement to do so and prepare comprehensive low-carbon and climate-resilient strategies, the Groups and Stakeholders, demanded support for the Africa Group of Negotiators in the development of an “Africa Paris Rulebook” before the 23rd session of the UNFCCC Conference of Parties (COP23) scheduled to hold in Bonn, Germany in November, 2017.

“We strongly urge our African leaders to develop, pursue and implement their climate and sustainable development commitments,” the statement noted, urging the authorities to develop robust plans and resource mobilisation strategies to invest and harness the renewable energy potential in the continent in order provide access to millions of energy poor populations across the continent.

“We further call upon African leaders to safeguard the Africa Renewable Energy Initiative (AREI) and put in place necessary procedures to ensure this remains Africa-driven and deliver the energy transformation the continent is aspiring for,” the groups emphasised while applauding the political commitment of the committee of African Heads of States for the AREI and condemning the decision by United States to withdraw from the Paris Agreement.

Expressing concern over the high levels of environmental degradation in Africa as a result of multiple sources including air, soil, marine and fresh water pollution, the campaigners acknowledged the role of indigenous knowledge and efforts in conserving the environment and addressing climate change challenges in Africa.

Other resolutions at forum were listed to include:

We call upon member states through the African Heads of State to revisit the proposal to dissolve AMCEN. We also call on AMCEN to improve the provision of policy guidance and heightened responses to regional environmental and sustainable development challenges.

We strongly urge Member States to live up to their obligation and pay the mandatory annual contribution to the Trust Fund. The contributions will ensure sustainable financing for convening AMCEN and implementation of its activities. We commend all member states who have met their obligation and single out Madagascar, Mauritius and South Africa for contributing beyond the mandatory amount. We also call upon AMCEN and African member states to financially support the engagement of the African Civil Society to effectively participate in environmental governance processes in Africa.

We call upon African Governments to accelerate the implementation of SDGs and Africa Agenda 2063, by taking an integrated, inclusive, innovative and gender-responsive approach to ensure collective actions.

We further call on the African Governments to cap foreign debt and domestically mobilise and effectively utilise both financial and natural resources to reflect African priorities.

Further, we urge African Government to increase investment on research, advance clean technologies and implement existing laws to deal with all types of pollution and at all levels.

We encourage governments to address pollution related to mining, agriculture, waste, including transboundary pollution, by monitoring compliance with regulatory frameworks.

We call upon member states to accelerate the implementation of the African Strategy on Combatting Illegal Trade in Wild Fauna and Flora.  We further request governments to implement the Convention on Migratory Species to prevent the risk of poisoning of wildlife, develop and enforce legislation to regulate and restrict the use and disposal of toxic chemicals used to poison wildlife.

We call upon African Governments to embark on gender-responsive and participatory approaches where both women, men and youth are equally involved and well represented at all levels. Governments should harness the vast potential of indigenous knowledge of the African people to provide sustainable solutions to environmental challenges.

We strongly reiterate our commitment, in collaborating and supporting efforts by our governments and other stakeholders, to promote initiatives geared towards investing in innovative environmental solutions to accelerate implementation of the Sustainable Development Goals and Agenda 2063 in Africa.