May 6, 2018 Comments Off on Agroecology labelled a better alternative in sub-Saharan Africa 615 Views

Agroecology has been described as a better alternative than large-scale agriculture, both for the climate and for small farmers in sub-Saharan Africa. According to researcher Ellinor Isgren from Lund University in Sweden, the agricultural model preserves biodiversity and safeguards food supply while avoiding soil depletion. 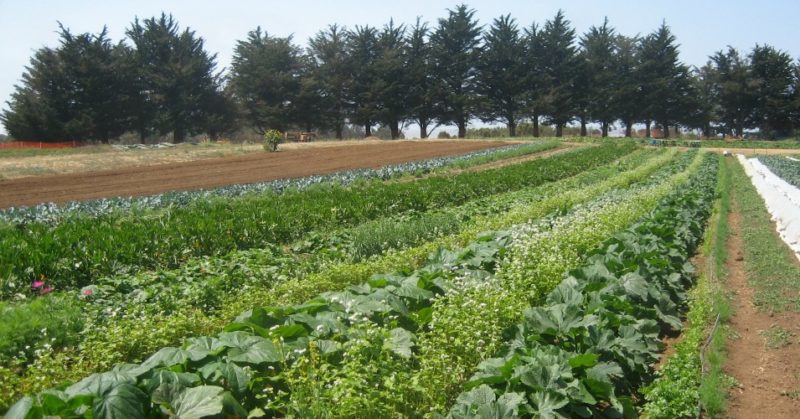 A farm that incorporates the agroecology principle

“We must consider other, alternative models for developing agriculture, particularly in countries that have not already transitioned to large-scale rationalisation. Large parts of the world’s soil have already been degraded by depletion and excessively resource-intensive agriculture,” says Ellinor Isgren, a researcher at the Lund University Centre for Sustainability Studies.

She maintains that today’s intensive, large-scale agriculture brings a major environmental impact in the form of soil depletion, high use of pesticides, high energy and water consumption and reduced biodiversity. Large areas are often cultivated with one or only a few different crops, making this type of agriculture vulnerable to pests, diseases and climate change.

Large-scale agriculture also requires major investments in the form of machinery, grains and seed, while utilising little labour. This means that poorer farmers in many African countries are excluded from the advantages of intensive agriculture: technological development, increased food production, access to the agricultural market and general economic growth.

“A development that excludes a large number of small-holders creates income differences and a divided society. From a social and fairness perspective, transition to large-scale agriculture is not a positive technological conversion for the whole of society,” she says.

In her doctoral thesis, focusing on Uganda, Ellinor Isgren proposes agroecology as a possible alternative for small farmers in sub-Saharan Africa. The model is based on each farm being an integrated ecosystem, in which crops, plants and animals interact to create favourable conditions for cultivation. This alternative is knowledge-intensive, requiring farmers to have a lot of knowledge about the functioning of various components in the ecological system, as well as an ability to create synergies between plants, insects, crops and soil fertility. The model also rests on traditional farming methods.

“If farmers use the model correctly, they can increase their yields and ensure their food supply while preserving biodiversity and reducing their impact on the climate and soil depletion. They also become less vulnerable to climate change as they grow many different crops and improve the soil structure,” she says.

Further benefits are that the system does not require major resources in the form of machinery, pesticides and fertiliser, as the cultivation model is mainly organic, so even poor small-holders can farm in this way.

There are also good conditions for scaling up the model for sale to domestic and international markets. This would require more research and better collaboration between various agricultural institutions to develop knowledge of how different ecosystems function together and how local conditions affect the fertility of plants and crops. Initiatives are also needed to train farmers in how to apply an agroecological model.

“There is currently no political will in Uganda to push development of the agricultural sector. This has left the market open to private investors and strong financial interests in the form of seed and pesticide companies,” she says.

At the same time, there is growing interest in alternative models of agriculture in the civil sector, and she believes that a change could occur through that channel.

“Agroecology is a real alternative to conventional agricultural production, and a model that safeguards both the climate and social development. However, it requires civil society to push for change from the bottom up in Uganda, and for markets worldwide to transition to supporting alternative ways of farming the land,” she concludes.