August 22, 2016 Comments Off on Agriculture, Health ministries to lose departments to Environment 4,512 Views 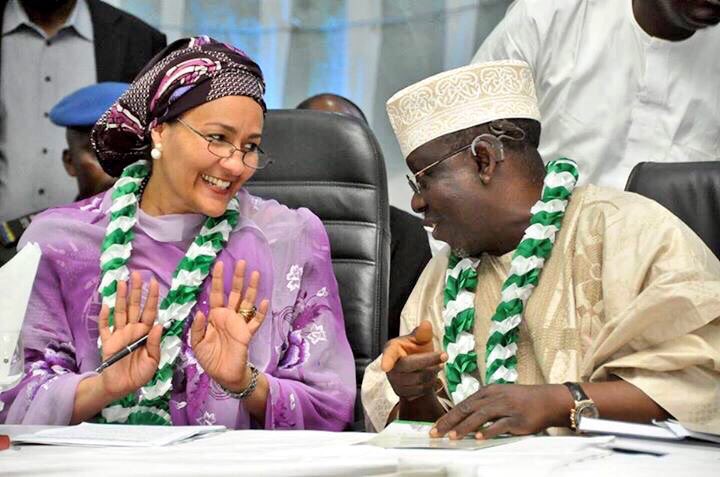 This directive formed one of several decisions arrived at the weeklong 10th National Council on Environment (NCE10) that held last week in Lafia, Nasarawa State.

Besides approving the re-introduction of the monthly National Environmental Sanitation exercise, the gathering, chaired by Environment Minister Amina J. Mohammed, urged states with increasing land degradation problems that requested for approval for funding of projects such as erosion control programmes and afforestation schemes that are not policy-driven, to embark on bilateral consultations with relevant ministries, departments and agencies (MDAs), including the Ecological Fund Office (EFO).

Similarly, approval was given to forestry development and afforestation programmes such as enrichment planting in forest reserves nationwide, promoting the use of alternative source of energy, suspension of further exportation of P t e r o c a p u s S p p in Taraba State in the interim, along with initiation and implementation of bamboo and rattan value chain development in the states.

The NCE10, themed: “Environment and the Sustainable Development Goals (SDGs) in Nigeria: Empowering people, taking climate action and protecting the environment,” was preceded by the National Technical Committee session which was chaired by the Permanent Secretary in the Federal Ministry of Environment, Dr. Bukar Hassan, with Permanent Secretaries of State Ministries of Environment, civil society organisation (CSOs) and other delegates from the 36 states of the federation and the Federal Capital Territory (FCT).

The opening session, which was declared open by Governor Al-makura, featured presentation of welcome address by the Nasarawa State Commissioner for Environment and Natural Resources, Gabriel Ortan Aka’aka, as well as goodwill messages by the Country Directors of the United Nations Development Programme (NDP) and United Nations Industrial Development Organisation (UNIDO); representative of CSOs; Chairman of Nasarawa State Council of Chiefs; the Emir of Lafia; and Chairman, House Committee on Environment/Culture and Tourism, Nasarawa State House of Assembly, Ibrahim  Bala.

The session also featured a presentation on Spatial Data Infrastructure (SDI) for sustainable environmental management by Alhaji Jibril Usman (Environment Minister of State) and an opening address by Amina Mohammed, wherein she reiterated the importance of SDGs in achieving the environment sector objectives and the integration of the key issues encapsulated in the change agenda. She commended EnviroNews Nigeria as well as Connected Development for their outstanding role in environmental communication, awareness raising and advocacy, as well as open engagement in eco-governance. The opening session was rounded off with a keynote address by Governor Al-makura.

The opening ceremony was followed by the Council Meeting, during which the report of the Technical Segment was deliberated upon and decisions were taken. The Technical Committee considered 106 memoranda, stepped down 25, and recommended 81 consisting of 52 action and 29 information memoranda respectively for Council’s approval. These memoranda were submitted by the Federal and State Ministries of Environment/Agencies, NGOs/CSOs.

Council deliberated extensively on all the memos and noted: