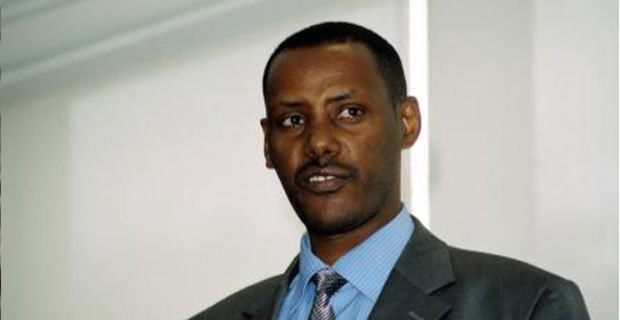 “We are very happy to partner with UNESCO, African Union and Ethiopia Ministry of Health to achieve the important goals of improving women health and empowering women in research, as they are still under-represented in Africa,” Frank Stangenberg-Haverkamp, Chairman of the Executive Board and Family Board of E. Merck KG emphasised at the inauguration of the UNESCO-MARS 2016 Summit.

Yifru Berhane, Minister for Health, Ethiopia, said: “We are very happy to partner with Merck, UNESCO and Africa Union to build research capacity in Africa with the focus on young researchers and women researchers and to define policies to enable high quality research in the continent”.

“This is the first time the UNESCO-MARS is launching the ‘Best African Woman Research Awards’ with the aim of promoting women in STEM (Science, Technology, Engineering and Mathematics) that has seen five women researchers from across Africa being recognised for the quality of their research. The awards are in line with this year’s UNESCO-MARS 2016 theme that supports empowering women in research and building research capacity in Francophone and Anglophone Africa to ultimately improve women health in the continent,” emphasised Rasha Kelej, Chief Social Officer, Merck Healthcare.

The three categories of the ‘Best Young Researchers Award’ were given to two female and two male researchers with the 1st Award going to Patricia Rantshabeng from University of Botswana and the 2nd Award to Constantine Asahngwa from Cameroon. The 3rd Award were given to both; Tinashe Nyazika of University of Zimbabwe and Lamin Cham from the National Aids Control Program, Gambia.

“The awardees who are final PhD students and young investigators based at African research institutes and universities were selected based on the abstracts they submitted which were very impressive and related to Infectious Diseases with the aim to improve Women Health, which is the focus of UNESCO-MARS 2016,” emphasised Rasha Kelej.

UNESCO–MARS 2016 has brought together more than 200 researchers from more than 35 African countries to discuss the generation, sharing and dissemination of research data and to prepare for the road ahead in developing Africa as an international hub for research excellence and scientific innovation.

Of the 200 researchers attending the Summit, 60% are women. This is contributing to one of the main objectives of UNESCO-MARS, which is empowering women in research.

The 2nd UNESCO MARS Summit is providing a unique opportunity for Africa’s young and talented scientists to share their research output and findings with the top echelon of scientists from Africa and abroad. It is also an opportunity for networking and career development. The Summit is presenting a platform where young scientists are able to discuss the enabling environment for better research among others.

The Summit theme of “Infectious Diseases and Women Health” was informed by the fact that, for many infectious diseases, women are at higher risk and have a more severe course of illness than men for many reasons including biological differences, social inequities, and restrictive cultural norms. Therefore, efforts to recognize and reduce health disparities among women have particular relevance for global health,” Uganda Minister of State of Health, Sarah Opendi emphasised.

Up to 15 African ministers of Health; Education; Science and Technology and Gender & Social Development participated in two ministerial high level panels at the UNESCO-MARS 2016. The ministers in discussions committed to support the building of research capacity at country and regional level, and the development and enforcement of policies to guide and promote scientific research for the benefit of Africa. They also pledged to enhance efforts to empower women in research.

During the UNESCO-MARS 2016, the Merck on-line research community blog (www.Merck-CAP.com) was launched to enable young researchers to exchange experience and knowledge with their peers and with established researchers in Africa and beyond.

The first UNESCO-Merck Africa Research Summit 2015 was successfully organised and held in Geneva, Switzerland in October 2015 with the focus on Emergent Infectious Diseases such as Ebola. The third UNESCO- MARS is scheduled to be held in 2017 in Africa.