Built by Abu Dhabi-based renewable energy specialist Masdar, the $32 million 15 megawatts (MW) scheme, which is the first utility-scale solar power installation in the country, will provide up to 10 percent of Mauritania’s power.

The plant consists of 29,826 micromorph thin-film panels and will be capable of displacing around 21,255 tons of carbon dioxide (CO2) a year. The PV modules were piled into the ground instead of using a concrete foundation, which reduced the project’s carbon footprint and cost.

Mauritania’s electrical grid, which is powered mostly by expensive diesel generators, currently has an installed capacity of only 144MW, resulting in severe energy shortages.

With energy demand increasing by 12 percent annually, the addition of solar power will help meet future electricity shortfalls and supply the energy demand of approximately 10,000 homes, Masdar said in a statement.

On his part, Mauritania’s President Mohamed Ould Abdel Aziz at the inauguration said: ”This new solar power plant not only provides much-needed grid capacity for our people, it also proves that renewable energy can play a major role in the development of our country.”

With strong solar and wind energy resources, Mauritania has the potential to derive a significant portion of its electricity capacity from sustainable and reliable sources of energy.

The launch of the newest solar energy is not the only attempt to explore Africa’s solar power potential. In 2012, UK firm Blue Energy said it would build a 115MW solar plant that could provide electricity to 100,000 homes in Ghana by 2015. Another of such project was launched in Egypt in March, to build a $1 billion 140MW solar plant that will address energy shortage in the country.

Observers believe that can take a similar step, in the light of its power supply challenges.

A source said: “Can you imagine that Nigeria can use a day’s oil sale (about $200 million) to generate 90MW from solar energy> If we just devote two weeks’ sale, the nation can generate 1350MW (about 1/3 of what we currently have). If this is distributed among the rural areas in non-grid fashion, can you imagine how many households will have electricity in the country?

“The money is not up to what our leaders are already using to fight for position and authority in 2015 within a framework of stupid politiking. All point to the fact that we are not serious as a nation.”

Previous: Living under the shadows of death
Next: FG, Ondo commit $5m to UN-Habitat partnerships 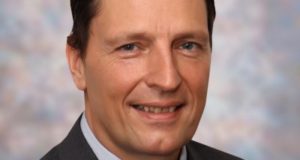