Africans have been urged to take advantage of investment opportunities that accompany climate action to earn some money and lift their people from poverty. 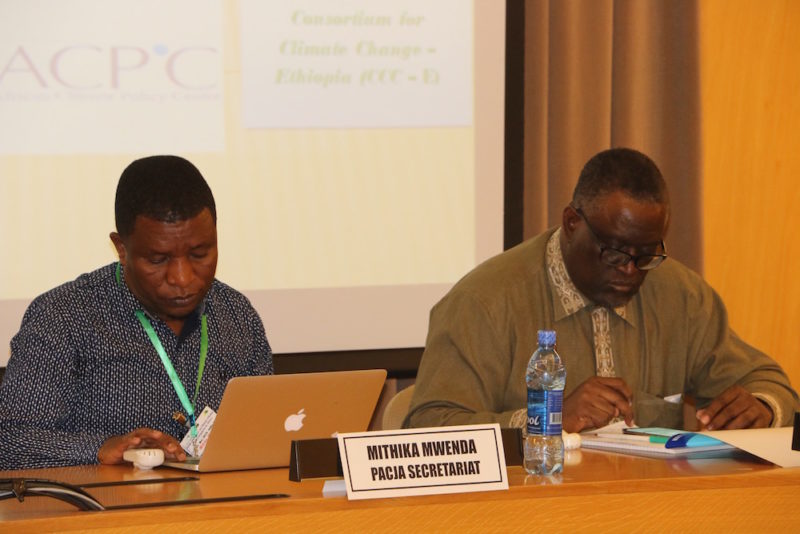 Secretary-General of the Pan African Climate Justice Alliance (PACJA), Mithika Mwenda, who made the submission, noted that the renewable energy revolution currently being witnessed in the world provides affordable access to energy to people who would otherwise not have access.

He stated that renewable energy has also aided in the reduction of emissions, thus contributing to the attainment of the Nationally Determined Contributions (NDCs) ambitions of countries.

“We are witnessing renewable energy revolution and in Africa and the rest of the world, this is an explosive sector,” observed Mithika. “We need to take advantage of the investment opportunities coming with climate action; there are a lot of resources in this to help address poverty.”

At the COP21 climate talks which produced the Paris Agreement, the G7 committed to allocate $10 billion into the African Renewable Energy Initiative (AREI).

Though there are concerns with delivering the promise, the Initiative, in its current design, will help cure chronic energy poverty by supporting decentralized, modern, off-grid and people-owned energy systems not only for lighting, but also cooking, driving smallholder agribusiness and charging mobile phones.

Mithika added that green energy has helped save lives by reducing indoor pollution.

Mwenda was addressing an event on low-carbon and climate-resilient development, held on the sidelines of the 2018 African Union Summit in Addis Ababa, Ethiopia.

Most African countries do not contribute any significant amount of greenhouse gases but there are commitments in their NDCs to ensure that their development pathways are carbon neutral.

But Africa faces the dilemma of whether to rapidly revert to renewable energy, have a mix of both fossil fuels and renewables, or ignore the global call and continue in the unsustainable model of development pursued by industrialized countries which brought the climate crisis.

What is evident, though, is the fact that the global community has shifted.

This shift should make African countries re-think their priority energy sources and investment in oil and in some instances coal, as it may not make economic sense in the long-run.

The Addis Ababa side-event, attended by climate actors from across the continent, is organised strategically to get African leaders to focus attention on climate change issues.

As the first Pan African convention after the COP23, the event offered an opportunity to exchange ideas and reflect on Africa’s victories during the Bonn Climate Change Conference, with a view of charting a collective path towards subsequent Global Dialogue processes on the subject.

“This gives us the platform to develop common African narratives that will have impact on the global stage,” said James Murombedzi, Officer-in-Charge of the African Climate Policy Centre (ACPC) of the UN Economic Commission for Africa (ECA).

Moving along the development pathway

Climate change is no longer discussed as a limited environmental or scientific matter but as a development issue.

African civil society therefore looks forward to leaders moving from the rhetoric to taking real action on the ground.

“The momentum for the implementation of the Paris Agreement and the NDCs is picking up, but the question is: are we moving with that pace in Africa?” queried Mithika.

Some countries on the continent have developed very effective policy and legal frameworks to facilitate the implementation in the areas of transparency, adaptation, loss and damage, among others.

But there are others stuck on bureaucracies to push the climate agenda forward.

He believes that the ClimDev-Africa programme can rally the African continent around in mobilising action and “we need to ensure that critical centres that support the livelihoods of the African people and which are weather sensitive like agriculture are created”.

Like Loading...
2018-01-25
admin
Previous: Nigeria, 165 others urged on timely contribution towards climate action
Next: Katsina allocates 5,300 hectares of land for cattle colony