Africa can leapfrog other regions in clean mobility transition – Experts

March 16, 2018 Comments Off on Africa can leapfrog other regions in clean mobility transition – Experts 1,054 Views

Possibilities for swift transition to clean and efficient mobility exist more in Africa than other regions, experts have affirmed. 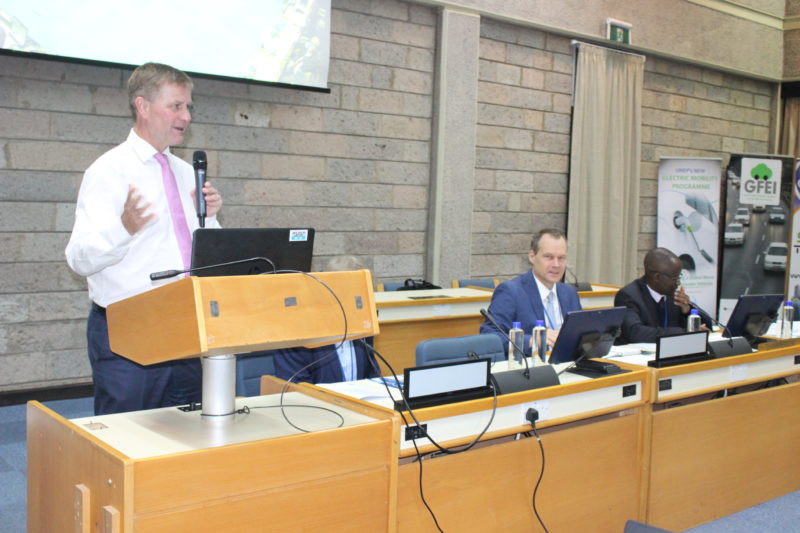 Experts at the Africa Clean Mobility Week that ended in Nairobi, Kenya on Friday, March 16, 2018 believe that Africa’s readiness for the much-needed transition remains exceedingly higher than those of other regions that are deeply entrenched in dirty and inefficient fuel economies.

Africa, according to Rob de Jong, Head of the Air Quality and Mobility Unit of the UN Environment, is very ready to transit because the region depends largely on imported fuel to meet 80% of its consumption needs.

The region, he added, “is not producing a lot of vehicles, most vehicles are imported and more than any other continent in the world, Africa can today decide to import cleaner cars and efficient fuel and through this, leapfrog to a new era of clean mobility.”

“In other continents like Asia, where there is so much production of poor quality vehicles, its very difficult to introduce vehicle standards, but for Africa, it becomes easier for the region to set up policy frameworks that regulate the quality of fuel it imports and many African states are already doing that,” Jong said.

Experts are also of the view that a larger part of Africa’s vehicular need is yet to be met even though the region is motorising very quickly. In Kenya for example, the number of vehicles doubles every seven years while in Europe, there are already too many cars and if Africa adopts the clean transition policy today, it will successfully influence a cleaner future.

Jane Akumu, Programme Officer at the Economy Division of the Air Quality and Mobility Unit of the UN Environment, sees great prospects in Africa’s transition to a clean mobility future.

“We see good prospects for progress,” Akumu said. “When we started this move less than a decade ago, Africa was predominantly using lead petrol but today its only one country that is still using lead petrol out of Africa’s 55 countries,” she says.

“What took other regions over a decade was achieved within less than five years in Africa,” Akumu added.

The UN Environment, on its part, has been prioritising and bringing the issues of cleaner transport into the discussions of African ministers and various stakeholders including the private sector, civil society and the media.

“Once issues are prioritised with cost-effective solutions, we see very good and remarkable progress in Africa especially when we link them with health, environment and climate change considerations, it’s a win-win situation,” Akumu said.

Like Loading...
2018-03-16
admin
Previous: The fuss about biotechnology: Why?
Next: AfDB to support Nigeria’s power sector recovery programme