May 8, 2015 Comments Off on Afghanistan becomes 179th party to Stockholm Convention 1,043 Views

Afghanistan on Wednesday in Geneva, Switzerland became the latest Party to the Stockholm Convention, a global treaty to protect human health and the environment from persistent organic pollutants (POPs), which are toxic to humans and wildlife. The Asian nation is the 179th. 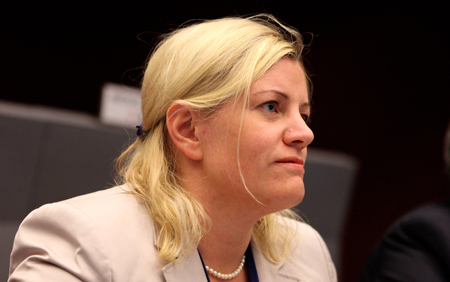 In implementing the Convention, which entered into force May 17th 2004, governments will take measures to eliminate or reduce the release of POPs into the environment.

At the Seventh Conference of the Parties (COP 7) to the Stockholm Convention holding in the Swiss capital, COP President Johanna Lissinger Peitz formally welcomed Afghanistan, even as the gathering deliberated on numerous issues. In plenary, the COP sought to address matters related to implementation of the convention, including the listing of chemicals in Annex A, B or C, and measures to reduce or eliminate releases from intentional production and use.

On implementing the convention for instance, the Secretariat introduced the documents, noting that the POPRC recommended that the COP consider listing chlorinated naphthalenes (CNs), hexachlorobutadiene (HCBD) and pentachlorophenol (PCP) and its salts and esters.

The Republic of Korea, the EU and Switzerland preferred no exemptions for PCP. Oman requested a five-year exemption for some uses of HCBD. China said it is open to the recommendations but expressed concerns about the benefits of listing CNs and HCBD in Annex C and, with Thailand and GRULAC, noted the need for financial and technical assistance to meet obligations arising from new listings.
IPEN supported listing all three chemicals, underscoring the adverse health effects of PCP, including contamination of soils and groundwater, and called for listing it in Annex A without exemptions. The Inuit Circumpolar Council underscored specific challenges faced by Arctic indigenous peoples. The US described actions it has taken to reduce PCP.

Delegates agreed to establish a contact group to discuss listing all three chemicals, with David Kapindula (Zambia) and Björn Hansen (EU) as Co-Chairs.

Essentially, the Stockholm Convention focuses on eliminating or reducing releases of 12 POPs, the so-called “Dirty Dozen“, setting up a system for tackling additional chemicals identified as unacceptably hazardous.

Like Loading...
2015-05-08
admin
Previous: Palm oil firm’s expansion in Borneo frozen over RSPO standards
Next: Video: Challenges of a 10-year-old girl with Polio