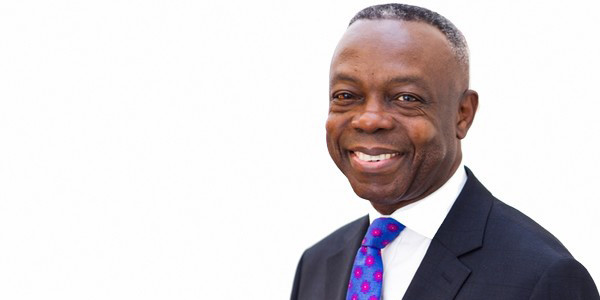 “By offering regional approaches for the first time, we want to leverage the Bank’s expertise and give more depth of analysis and relevance to this publication,” said Celestin Monga, Chief Economist and Vice President of the African Development Bank’s Economic Governance and Knowledge Management.

“The integration of specific reports for each region reflects the importance the Bank’s focus on the regional dimensions of development and inclusive growth in Africa,” said Mohamed El Azizi, Director General of the North Africa Region.

North Africa ended 2017 with growth of 4.9% of real GDP, up from 3.3% recorded in 2016. The region’s economic performance is above a 3.6% average for the continent, thanks to higher than expected oil production in Libya and the performance of Morocco, which saw growth rise from 1.2% in 2016 to 4.1% in 2017, on account of increased agricultural productivity. Egypt’s macroeconomic and structural reforms led to a 4% growth in 2017. Overall, growth in the North Africa region was fueled by new high value-added sectors such as electronics and mechanics, as well as private and public consumption. The region’s outlook remains positive for 2018 and 2019, on account of structural reforms. Growth in North Africa is expected to reach 5% and 4.6% respectively in 2018 and 2019.

East Africa: the best economic performance of the continent

According to Nnena Nwabufo, the Bank’s Deputy Director General for the East Africa Region, the East African Economic Outlook highlights a number of policies that member countries must implement to transform their economies.

East Africa, with thirteen countries, recorded the continent’s best economic performance with a GDP growth rate of 5.9% in 2017 – a rate much higher than the growth recorded by the other regions of the continent, and above the continental average of 3.6%. The good performance of the East African sub region is stimulated by six countries: Ethiopia, Tanzania, Djibouti, Rwanda, Seychelles and Kenya. The outlook remains positive for 2018 and 2019, with growth expected to continue, reaching 5.9% in 2018 and 6.2% in 2019.

Deputy Director General of the Bank for Southern Africa, Josephine Ngure, said: “The Southern Africa region has made considerable progress in the fight against poverty and improvements in the quality of life of its inhabitants, through the implementation of policies targeting the acceleration of industrialisation and the promotion of growth and job creation.”

However, economic forecasts remain cautious, especially given the very different growth patterns of the region’s economies. The economic “locomotive” of the region, South Africa, shows signs of slow growth, and possibly declining growth, while low-income countries and the economies in transition, such as Madagascar and Mozambique, recorded more important growth.

After several good years, economic growth in West Africa stagnated at 0.5% in 2016. The decline in the price of raw materials and the unimpressive performance of Nigeria, which alone accounts for about 70% of the sub region’s GDP, were some of the key factors identified as responsible for stagnation. Economic growth in West Africa rebounded to 2.5% in 2017 and is projected to rise to 3.8% in 2018 and 3.9% in 2019. Household consumption and the relative price recovery of certain materials are expected to contribute to this performance.

“The 2018 Regional Economic Outlook for West Africa presents a comprehensive analysis of the economy and the labor market of 15 countries, focusing on macroeconomic stability, employment and poverty of the population living in West Africa. Let us not forget that some of the countries in this sub-region are facing enormous security challenges,” she said.

The Central African region recorded 0.9% real GDP in 2017, the lowest growth rate of the continent, although it represents a relative improvement over growth of 0.1% in 2016. This sub regional performance masks many disparities between countries: relatively good growth for Cameroon and the Central African Republic, and very low growth for Equatorial Guinea and Congo. The economic difficulties in Central Africa are largely due to lower raw material prices, which some countries in the region are heavily dependent on, as well as recurring security threats in others.

The outlook for 2018 and 2019 is more encouraging, fueled by rising world prices for raw materials and domestic demand. According to the Bank’s projections, real GDP growth in Central Africa is expected to reach 2.4 percent in 2018 and 3 percent in the following year. Other enabling factors include sound macroeconomic management and a more favorable institutional environment.

“With improvements in the economic situations of Congo and Equatorial Guinea, the economic performance of the sub-region is expected to improve in 2018 and 2019. It would be good to include this improvement over time through the diversification of economies of the sub region,” said Racine Kane, Deputy Director General of the African Development Bank for Central Africa.