May 9, 2017 Comments Off on AFCON: NFF insists Mikel must play against S/Africa 642 Views

The Nigeria Football Federation (NFF) has said that former Chelsea midfielder, John Mikel Obi, will be sufficiently recovered to play as Nigeria takes on South Africa in an African Cup of Nations qualifier next month. 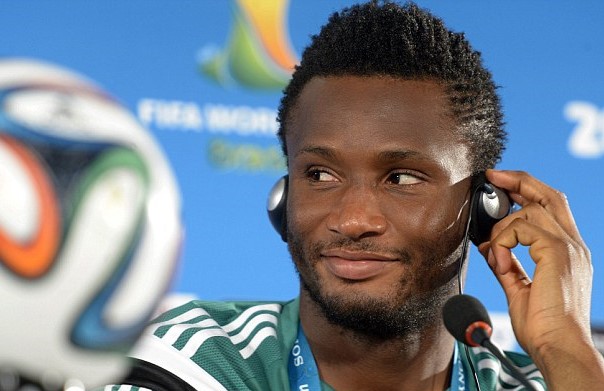 The Super Eagles skipper under went surgery in England on the 29th of last month and was expected to be out of action for a minimum of three weeks.

Mikel has been left out of the Super Eagles camp in France, but the NFF insists that he would be in the squad to face South Africa in a month’s time in Uyo.

Assistant Technical Director of NFF, Siji Lagunju, was quoted as saying that the match is a month away and Mikel should be fit in time for the match.

Both Mikel and Tenjin Tedan FC of China have announced that the Nigerian star will begin his rehabilitation this week.

In a related development, the Bauchi State Government has dissolved the management of Wikki Tourists Football Club with immediate effect.

This was contained in a statement signed by the Secretary to the State government, Alhaji Bello Shewulela.

The statement added that the coaching crew has also been relieved of their appointments. The local coaches working with the team have been directed to take over the affairs of the club until a new management is appointed.

The state government had appointed the Wikki Tourists management board under the leadership of Alhaji Issa Musa Matori in 2015.

It was knocked out in the preliminary stage of the CAF Confederation Cup and is currently placed 19th on the Nigeria Professional Football League (NPFL) chart this season.

Wikki, however, won the State FA Cup at the weekend, beating its Feeder team 1-0. Both sides will represent the state in the Federation Cup.

Previous: Countries back Paris Agreement with national laws
Next: CSOs in Ghana want illegal mining tackled beyond the ordinary

The African Centre for Biodiversity (ACB) has expressed concern over the planned trials of a ...